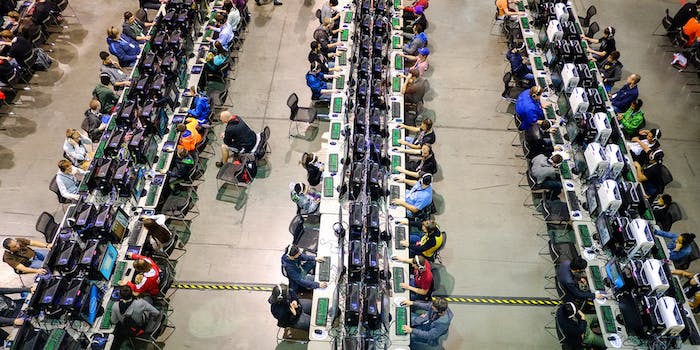 Guess how much money Google made while you read this sentence.

Did you know that, in the time it takes you to watch a full episode of Modern Family, roughly 96 million posts will have been uploaded to Facebook?

This is just one of the amazing facts calculated by Stefan Drew’s fascinating—and meta—infographic, The Internet in Real Time. As soon as you access the site, you are able to watch, in real time, several of the Internet’s most popular sites and social media platforms climb in activity. While the usual suspects like Facebook, Twitter, Reddit, and Tumblr are recorded, calculations are also done for sites like LinkedIn and Dropbox.

Additionally, a separate counter at the bottom of the screen keeps track of just how many gigabytes were processed since you accessed the site.

Click the animation to open the full version (via PennyStocks.la).

Just in researching this piece, I witnessed:

The Internet in Real Time site even calculates how many hours of Netflix and Pandora content are streamed per second. And you thought that weekend you spent binge-watching the entirety of Breaking Bad was excessive.

We can only hope that our workplaces do not install copies of Drew’s graphic onto company networks. Otherwise, you’ll see a steep decline in the amounts of Facebook and Reddit posts-per-second figures.