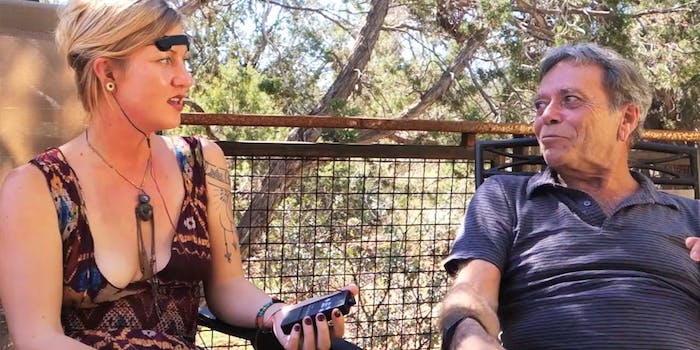 Why let facts stand in the way of a massive payday?

A controversial, pseudoscientific health device is about to close a crowdfunding campaign that has raised almost half a million dollars—despite the inventors admitting there’s no evidence it works.

Invented by Patrick Flanagan in the ‘50s, the NEO Neurophone allegedly beams ultrasonic waves into the brain to “soothe and center your mind.” It’s supposed to boost your IQ. Having been through numerous iterations, the most recent one is now raising cash on crowdfunding site Indiegogo, selling for $399 a pop.

The campaign has run since mid-September and now—with fewer than two days to go—it’s raised nearly $330,000—which balloons to at least $475,000 once you factor in pay-later pledges. The campaign’s initial goal was $100,000.

This runaway success is, the campaign claims, “proof the world is ready for the NEO.” However, a previous investigation by the Daily Dot discovered that almost everything about the NEO Neurophone is suspect.

For starters, inventor Patrick Flanagan admitted to the Daily Dot in an interview that he had no data to prove that the device works as described. (An FAQ on the Neurophone website does state that it is a “purely experimental device,” and that “we can not make any medical claims.” However, that information is difficult to find on the site.) Flanagan also has a long history of dubious scientific projects, including “crystal energy” products, and an expert the Daily Dot spoke to described him as “one of those enduring stars in the constellation of pseudoscience and quackery.”

The campaign manager, Ken Sheetz, has run previous Indiegogo campaigns to crowdfund a trip to Antarctica in 2012 to “[halt] the pole shift long predicted by the Mayans, diverting all that energy to instead shift the polarity of human consciousness from negative to positive.”

Indiegogo took a “personal interest” in the NEO Neurophone, Sheetz told the Daily Dot, and were “really excited”—even offering the team “direct coaching” and featuring the Neurophone on the site’s front page multiple times.

When reached for comment, Indiegogo dismissed concerns over the NEO Neurophone, claiming “as a third party, [it doesn’t] arbitrarily define the value of any campaign on behalf of the campaign owner.” The spokesperson pointed toward a company blog post regarding a previous controversial product. “Open dialogue has always been encouraged,” it reads. “Nurturing a trusted open platform is our top priority.”

Indiegogo has been criticized before over its apparently lax approach to projects, notably the HealBe Gobe health tracker, the Ritot projection watch, and the TellSpec food analyzer—all of which raised hundreds of thousands, despite expert warnings that the science behind them was shoddy. More recently, the anonabox—a privacy-centric Tor router—relaunched its fundraising campaign on Indiegogo, after being kicked off Kickstarter for lying to its customers.

With fewer than two days to go, it’s now all but guaranteed Flanagan and company will enjoy their half-million-dollar payday—even as others in the crowdfunding industry react with dismay. “Every time Indiegogo looks the other way at clearly sketchy projects, it erodes trust,” said a senior industry figure who asked to remain anonymous. “It’s not good for them. It’s not good for users. And it’s not good for crowdfunding.”