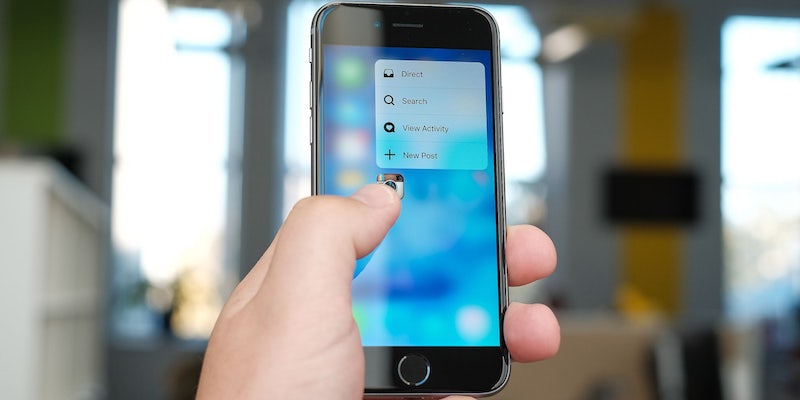 It's a touchy subject.

A company called Immersion makes haptic feedback technology that allows touch to change the way a person interacts with an object. If that sounds similar to Apple’s 3D Touch to you, you’re not alone, and Immersion thinks the similarities are enough to sue over.

On Monday, the technology developer based in San Jose, Ca. filed suit against Apple for patent infringement. The dispute centers around a pair of patents owned by Immersion that it believes Apple is profiting off of.

The patents in question both center around tactile technology and the way touch is interpreted. One of the patents is titled “Haptic Feedback System with Stored Effects,” while the others in question are “Method and Apparatus for Providing Tactile Sensations” and “Interactivity Model for Shared Feedback on Mobile Devices.”

The latter relates directly to 3D Touch, a feature implemented by Apple in the latest version of its iPhone lineup. Both the iPhone 6s and 6s Plus utilize 3D Touch as a means of user interface. The feature uses capacitive sensors integrated into the screen to sense different types of pressure applied.

Immersion’s lawsuit also includes Force Touch, a similar touch-centric technology found in the latest models of the MacBook, MacBook Pro, and Magic Trackpad. The Apple Watch is also included in the suit, as is the general use of patterned vibrations for notifications.

Beyond the patent infringement accusation, Immersion has also filed a complaint with the U.S. International Trade Commission in hopes of getting a halt placed on the sale of all Apple devices in the United States that are included in the lawsuit.

In a statement issued by Immersion, company CEO Victor Viegas stated, “Immersion and its employees have worked diligently for over 20 years to invent solutions and build an ecosystem of content and playback devices that enable realistic and rich digital experiences.”

Viegas said his company, which licenses haptic technology to Android device manufacturers including LG and Huawei, will “vigorously defend the intellectual property we have developed when it is infringed.”

AT&T is also included in Immersion’s lawsuit regarding haptic technology, though it’s not entirely clear as to why.