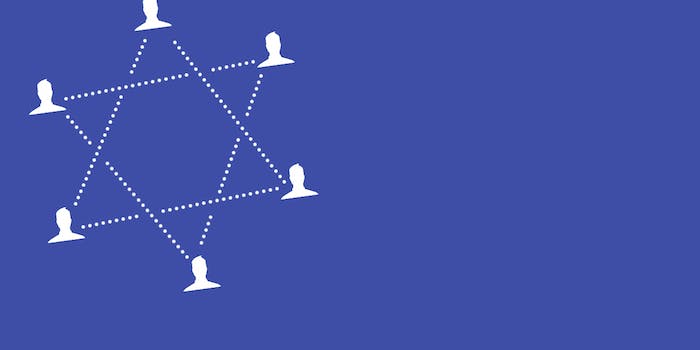 'We must presume that information has been gathered on any one of us.'

The Israeli military coopted a commercial social media monitoring service to help keep tabs on its own people as well as Palestinians on Facebook and other social media sites.

A report by the critical Israeli publication +972 outlined how the military pressed this private company, which usually helped other companies to understand how their customers behave online, into using search terms to flag users as potential terrorists.

Where private companies might be interested in monitoring conversations about themselves and their products and services, the Israeli army intelligence officers who approached this company, whose name has been withheld, were looking for posts and conversations using terms like “boycott,” “demonstration,” “protest,” and “shaheed” (Arabic for “martyr”).

“The data they requested included the identities of the authors on social media, his/her profile, the content of what they wrote, as well as their physical location,” said a former employee of the company. “They requested the raw data without any analysis.”

At least five other tech companies had similar conversations with representatives of the IDF. Two companies, Bazila and IntuView, confirmed that they did work with the armed services.

“Army Intelligence filed a request to gather data on Israelis who write about protests in Hebrew on Facebook, WhatsApp, private chats and other networks,” wrote the authors John Brown and Noam Rotem, “as well as data on users who write in Arabic and use words like ‘the Zionist state’ and ‘Al-Quds’ (Jerusalem in Arabic).”

This activity is far from the first time Israeli intelligence has engaged in comparable projects, according to Brown and Rotem. The storied Unit 8200, a signal intelligence outfit focused on foreign criticism of Israel, was egregious enough that 43 of its veterans signed a letter decrying its excessive prying, which included the sexual orientation of Palestinians.

Nor does Israeli intelligence involvement stop at six Web-monitoring companies. One of the nation’s premier colleges, Ben-Gurion University, appears deeply involved in studying data capture and analysis techniques and teaching them to members of the intelligence community.

In order to get around Twitter accounts marked private and Facebook posts marked for friends only, the companies the IDF enlisted made fake profiles they used to become “friends” with individuals or account holders the army targeted specifically.

In a statement that elicits eerie National Security Agency overtones, the authors summarize what is so dangerous about this method of collection.

When you cast such a wide net, one which collects information that only slightly deviates from the mainstream, we must presume that information has been gathered on any one of us who has ever said or done anything on the Internet, and that that information is now sitting on an IDF server somewhere. Even if that information was eventually passed on to the Shin Bet or the police for the sake of law enforcement, the fact that information was gathered on civilians by a massive organization like the IDF, which isn’t really subject to any supervision, exposes us all to constant monitoring.

Additionally, although the surveillance may include Hebrew speakers, the overwhelming number of arrests are of Palestinians and other Arab speakers, including Arab Israelis.

A member of the Knesset, the Israeli parliament, Michal Rosin submitted what is known as a “parliamentary question” to the nation’s Minister of Defense, Moshe Ya’alon. Rosin demanded the ministry respond to charges of selective enforcement against Arabs on social media.

In another echo of the NSA, an IDF spokesperson responded to the report by reiterating that its intelligence division only targets “bodies and individuals that are not citizens of the state of Israel” and that “(i)n certain circumstances the intelligence division uses civilian technology, as is the norm among intelligence agencies worldwide.”

It is difficult to understand how and if these actions took place as stated, how the IDF could avoid targeting Israeli civilians. So the Daily Dot tried to ask IDF officials. But letters to their contact emails bounced.