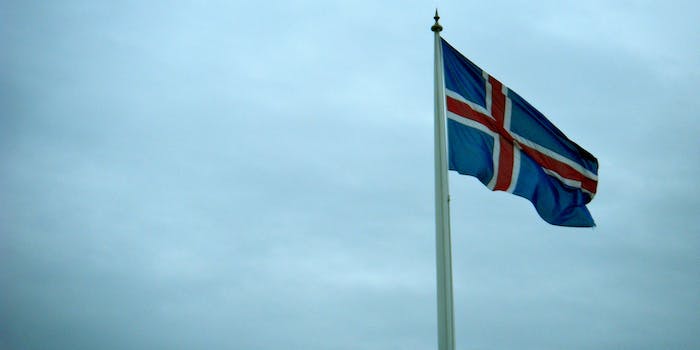 Iceland’s most popular party wants to give Edward Snowden citizenship

Will this affect politics in the country?

The Icelandic political party that wants to grant citizenship to NSA whistleblower Edward Snowden and radically reform copyright law is now the country’s most popular party.

“To be completely honest, I don’t know why we enjoy so much trust,” said Birgitta Jonsdottir, one of three Pirate Party representatives in the Icelandic Parliament. “We are all just as surprised, thankful and take this as a sign of mistrust towards conventional politics.”

I'm pretty damned proud to have co-founded Iceland's largest political party, and proud of all my friends who've made @PiratePartyIS awesome

The Pirate Party has not taken many stances on contemporary Icelandic issues. Instead, it advocates for radical changes to broader political problems, such as copyright law, patent protection, and government transparency.

In early July 2013, less than a month after the first of the documents Snowden leaked to journalists became public, Pirate Party legislator Helgi Hrafn Gunnarsson introduced a bill to grant Snowden Icelandic citizenship. The bill did not pass a preliminary vote.

Photo via Sarah Ackerman/Flickr (CC BY 2.0)