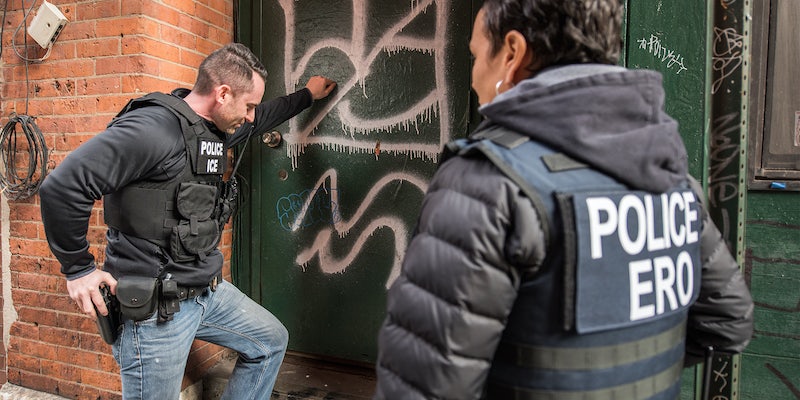 An ICE spokesperson confirmed the contract with PenLink.

ICE, the U.S. Immigration and Customs Enforcement agency, may have a disturbing tool at its disposal. The agency has reportedly enlisted the aid of PenLink, a software surveillance company that provides real-time tracking and data-mining services.

ICE is “a powerful and sophisticated federal law enforcement agency,” according to its website, and celebrated its 15-year anniversary in 2017. Among its recent accomplishments, the organization is responsible for recently raiding an Ohio landscaping company and arresting 114 migrant workers; deceptively separating parents from their children; and gamifying racism with its Operation Predator app.

In an interview with Newsweek, a privacy and surveillance expert Julian Sanchez said that PenLink’s tools could be used  to “set up a condition if they were, say, investigating a gang and a bunch of them all text each other at 3am in the morning, that agent could get immediately woken up…and respond immediately.” The company’s big data analytics could also prove useful for the agency.

An ICE spokesperson confirmed the contract with PenLink, a deal originally awarded in June 2017. Before the $2.4 million contract was awarded, ICE used the company for managing and analyzing specific cases. Under the contract, PenLink was charged with supporting custom telecommunications analysis and intercept software that Homeland Security could use for its investigations.

The United Nations has condemned some of ICE’s policies, and some Democratic Congressional hopefuls are including plans to defund ICE as part of their 2018 platform.