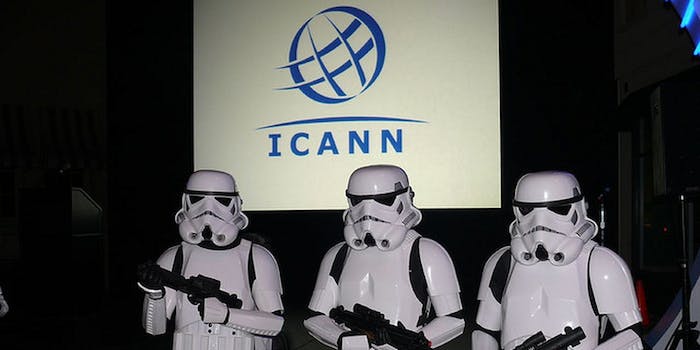 If their legal reasoning is solid, it could jeopardize a key Internet transition plan.

Republican lawmakers are arguing that the Obama administration’s plan to relinquish oversight of key Internet protocols violates the Constitution.

The National Telecommunications and Information Administration, which coordinates Internet functions like the Domain Name System that links website URLs (like dailydot.com) with their server addresses (96.45.83.148), has been planning for more than a year to transfer that oversight process to the international community. But conservatives have criticized the transition, arguing that international management of the Internet will lead to online censorship.

Several congressional critics have now unleashed a provocative constitutional challenge to the transition plan, arguing in a letter to the Government Accountability Office that, because the United States created and developed key elements of the Internet’s structure, those elements were U.S. property. Article IV Section 3 of the Constitution states that only Congress can “dispose of and make all needful rules and regulations respecting the territory or other property belonging to the United States.”

“One question arising from NTIA‘s decision to transfer its Internet oversight functions to a third party is whether NTIA may relinquish possession and control of [those functions] without authorization from Congress,” reads the letter to the GAO, released on Monday, from Sens. Chuck Grassley (R-Iowa) and Ted Cruz (R-Texas) and Reps. Bob Goodlatte (R-Va.) and Darrell Issa (R-Calif).

Grassley and Goodlatte are the chairmen of the Senate and House Judiciary Committees, respectively.

NTIA currently contracts with the California-based Internet Corporation for Assigned Names and Numbers (ICANN), which performs the actual technical management of the Internet’s basic architecture. Since 1998, ICANN has managed core Internet functions like the DNS root zone, the authoritative global map of Internet addresses that every Internet-connected device must query to properly route data to its destination.

The root zone file is at the heart of the lawmakers’ letter, which asks the GAO to review the constitutionality of transferring it and other Internet functions out of U.S. government hands. In particular, the lawmakers want to know if the root zone is U.S. government property, as well as whether the NTIA is legally empowered to transfer it “to a non-federal entity.”

The letter noted that a 2000 GAO report had raised these questions without answering them, and it argued that “the United States has long claimed ownership or control over the root zone file,” potentially complicating any transition that would yield control over it.

The White House did not respond to a request for comment about the letter. An NTIA spokeswoman said she was checking to see if her agency had a response.

In recent years, U.S. oversight of ICANN has become a symbol of American dominance over the Internet. The Obama administration’s transition plan is designed to increase international responsibility for Internet management and boost trust in the organization that oversees it. But Congress has moved to block the transition, with the House passing a bill requiring a 30-day review of any final transition plan.

The NTIA delayed its transition process in mid-August. “It has become increasingly apparent over the last few months,” the head of the NTIA said at the time, “that the community needs time to complete its work, have the plan reviewed by the U.S. government, and then implement it if it is approved.