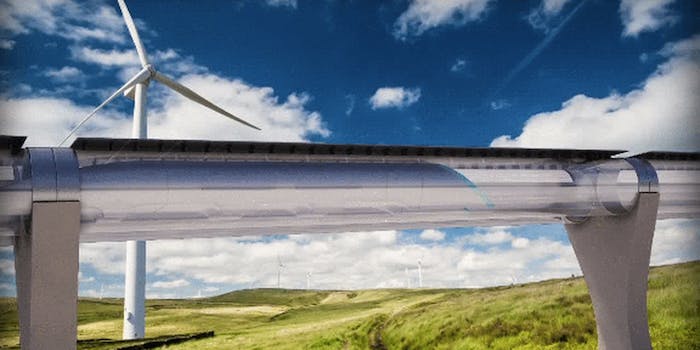 The hyperloop may soon change the way we travel

A project in the making.

When Elon Musk published his plans for the hyperloop in 2013, a futuristic, environmentally friendly high-speed train that would transport people between cities at 800 miles per hour, he also promptly crushed everyone’s dreams for the efficient transportation system when he said he was simply too busy to build it.

Now engineers at the newly-formed Hyperloop Transportation Technologies, Inc., born out of JumpStartFund, a website that allows people to create and collaborate on project ideas, are improving upon Musk’s initial idea—and plan to build the hyperloop.

According to Wired, the team is made up of 100 engineers across the country from companies like NASA, SpaceX, Airbus, and Yahoo, and work on the hyperloop project in their spare time. Twenty-five students at UCLA’s Suprastudio, part of the university’s school of architecture and design, are designing plans for the hyperloop through a partnership with JumpStartFund.

The group is working on solidifying plans for Hyperloop components. They’re using algorithms to determine the best possible routes throughout the country; low-pressure pods will transport people both economy and business class; and stations that would use robots to check-in people and their luggage, Wired reported.

JumpStartFund CEO Dirk Ahlborn said the “technical feasibility study” to determine whether or not plans and design are viable won’t be completed until the middle of next year. But predicted that we could see an actual hyperloop built within the next 10 years.