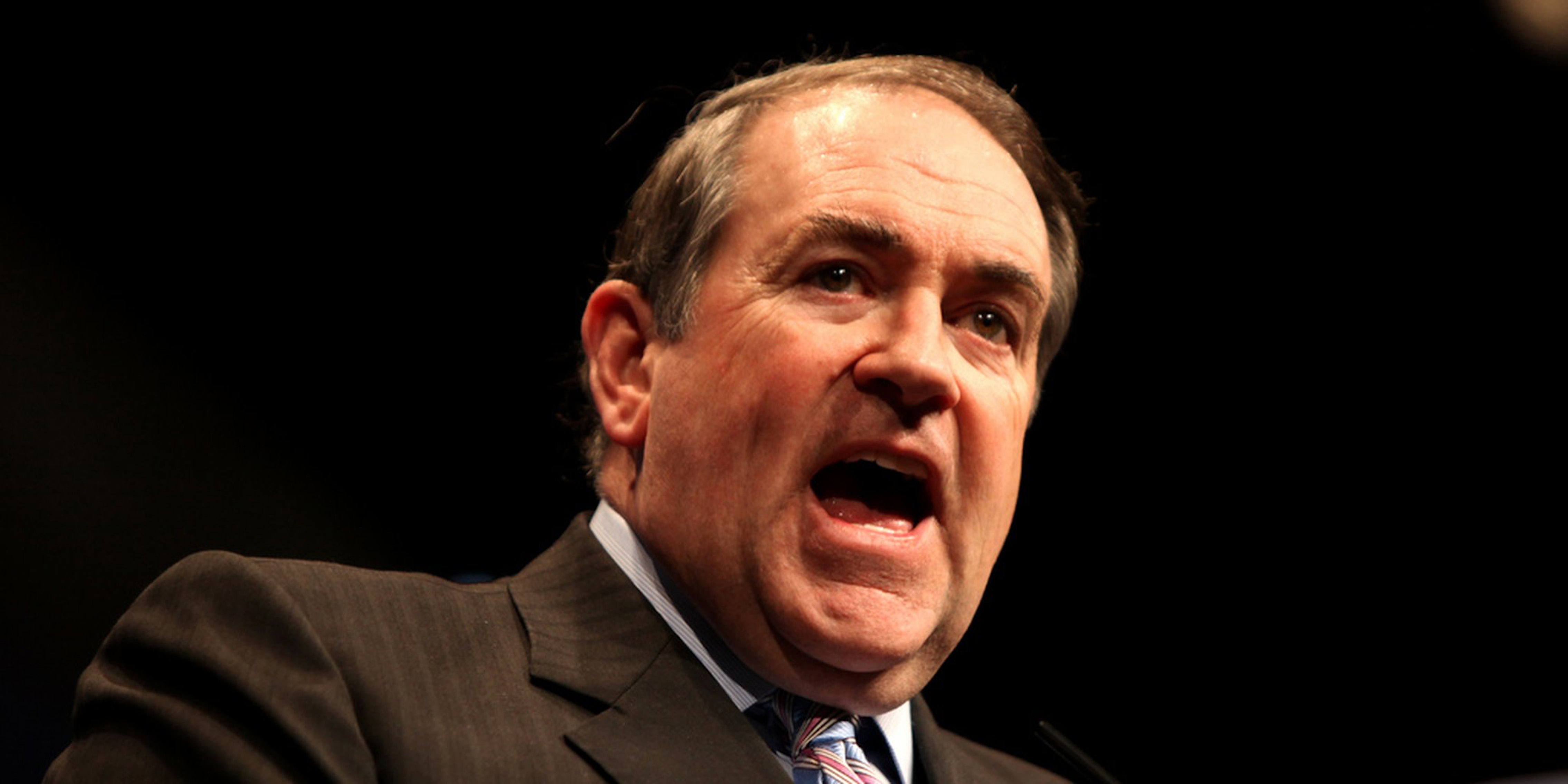 He says when an abortion happens, 'there are two victims.'

GOP presidential candidate Mike Huckabee said in an interview Sunday that he did not support abortion, even in a case that involved the rape of a child.

During an interview on CNN’s State of the Union, the former Arkansas governor said that he supported the Paraguayan government’s decision to deny an abortion to an 11-year-old girl who became pregnant after being raped by her stepfather.

“Let nobody be misled, a 10-year-old girl being raped is horrible, but does it solve a problem by taking the life of an innocent child?” he responded when CNN anchor Dana Bash asked him about the case. Huckabee has previously stated that he would not support abortion, even in cases of rape and incest.

“I wouldn’t even pretend that [rape] is anything other than a terrible tragedy,” Huckabee continued. “But let’s not compound the tragedy by taking yet another life. And I always think we sometimes miss the fact that, when an abortion happens, there are two victims. One is the child. The other is that birth mother, who often will go through extraordinary guilt years later, when she begins to think through the—what happened with the baby, with her.”

Huckabee has said he would outlaw abortion if he was elected president, according to the Huffington Post. He also suggested that he would not rule out sending the National Guard or the FBI to shut down abortion clinics.

In today’s interview, he added: “Before the United States and the taxpayers pay for someone to have a transgender surgery, we need to make sure we’re caring for the veterans who come back from Iran and Afghanistan without arms and legs. That ought to be our priority, not changing the gender of someone in the military.”