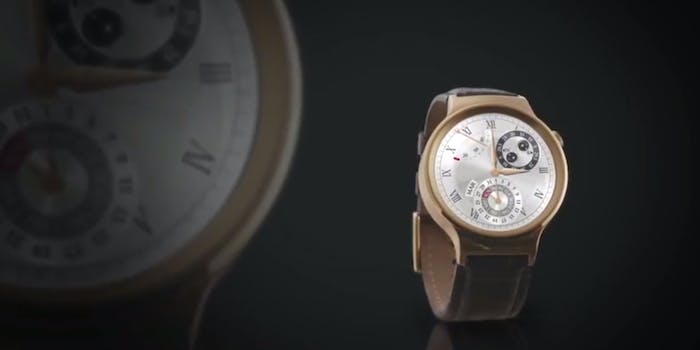 Wearable tech enthusiasts have had a big week. First the Pebble watch got an upgrade, then Apple announced it’s having an Apple Watch day to celebrate its latest timepiece release.

In the middle of all the hubbub, a new wearable is stealing the spotlight: The Android-powered Huawei Watch has the rounded look of a classic timepiece but still functions like a high-end Bond gadget. 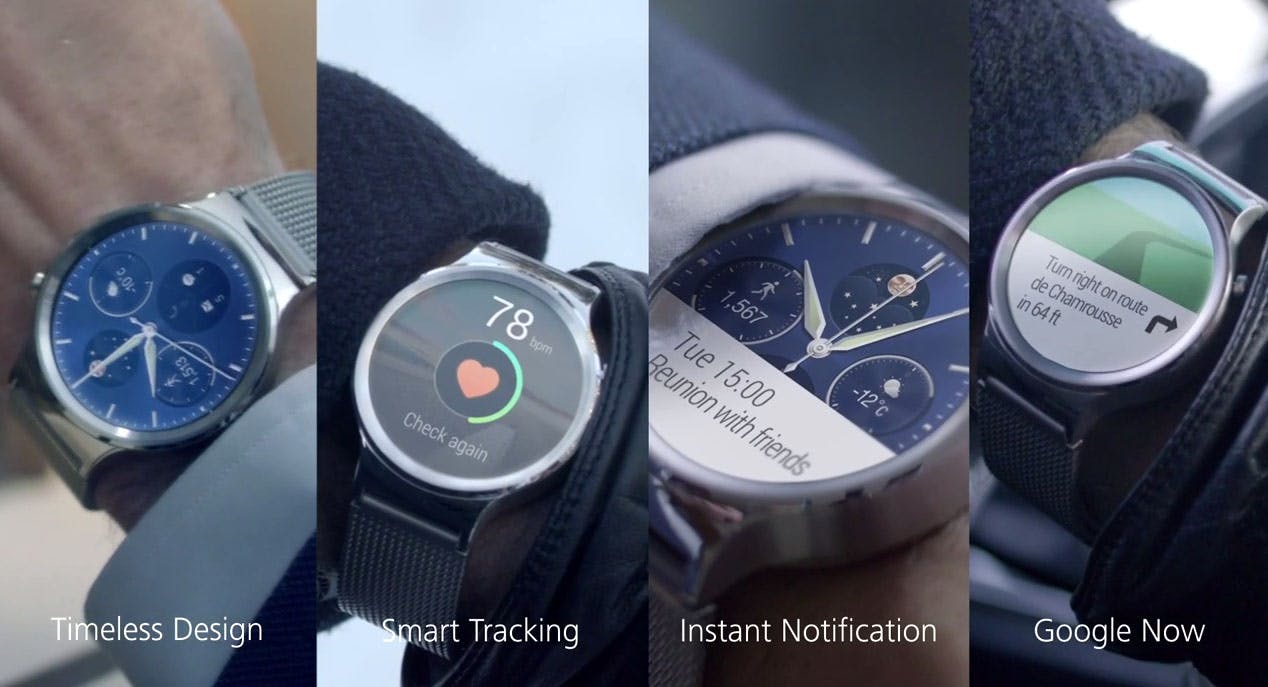 The Huawei features Google Now technology and is designed to look like a classic watch, complete with round facing, beveling, and multiple watch-faces and straps for you to choose from.

The watch premieres at this week’s Mobile World Congress industry convention in Barcelona; but ads for the watch debuted early at Barcelona’s airport last week, heightening the buzz in the gadget world. Yesterday, video promos for the watch were leaked ahead of the conference. They were promptly yanked from the Internet, but not before Droid Life uploaded copies:

In the first video, the watch designers iterate the design process, which includes customizing the watch for wearers of all genders. It also includes numerous shots of people who seem really, really happy about this watch.

The second video implies that the watch can help you become the intrepid wilderness explorer you’ve always dreamed of being.

Ian Fogg, head of mobile analysis at IHS Technology, said in a press release today that Huawei’s apps gave it the edge in a crowded wearable tech field.

The watch’s use of Android Wear enables Huawei to leverage Google’s Wear app ecosystem and wide range of wearable apps….
[T]his product’s success depends on many factors: Huawei’s ability to execute a reliable mass market smart watch at a good price, but also key factors outside Huawei’s control: the fortunes of Google’s Android Wear platform and the reception to Apple Watch. If Apple Watch were to stumble, it could set back the whole market. If it’s a blinding success, then Huawei may be too far behind by the time the Huawei Watch eventually goes on sale in mid-2015.

Still, the buzz for this watch may be a good indication that in this instance, it pays to buck trend—or at least to design a watch that actually looks like a watch.