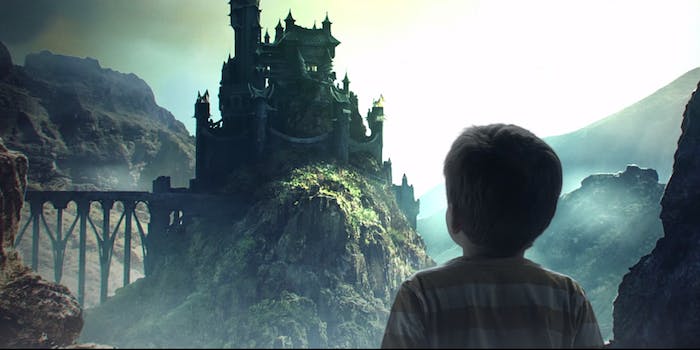 HTC unveiled the Vive headset along with a slew of other products.

The new headset is called the Vive, and HBO, Lionsgate, and Google are already on board to create exclusive content for the device, which launches later this year.

According to a press release, the Vive Developer Edition promises “photorealistic imagery” and 360-degree immersion for the user.

It also tracks your movements using more than 70 different sensors, which means you can physically walk around in the world instead of using a controller to navigate for you. This feature is called the Steam VR Base station. It sounds awesome, and also like something that will have us stumbling into doorframes and furniture in reality in no time.

Although it’s only on day one, Barcelona’s Mobile World Congress has already yielded interesting surprises, like the new Huawei smartwatch. At the convention, HTC also unveiled its newest Android flagship phone, the One M9. It’s a sleek silver-and-gold number that hits the Asian market in just a few weeks. Another HTC product, the Grip, is a U.S.-only fitness band that lets users track their vitals.

But it’s the Vive that’s got the attention of the Internet. At the conference, the Verge reported HTC’s Peter Cho predicted the device would assist users in “Attending real-time concerts, learning history, reliving memories.”

Billing itself as, “Finally, the future,” the product’s website directs your attention towards possible VR scenarios for you to enjoy:

Imagine standing on the bridge of a starship rocketing across the galaxy, or strolling through the streets of ancient Rome, or shrinking down to subatomic size and watching molecules collide. Now Re-imagine.

HTC’s Vive headset, powered by SteamVR, pulls those virtual worlds off your computer screen and into your home. You’ll experience sights and sounds vivid and lifelike enough to transport you to another place, another time—whole new realities with limitless possibilities.

The IDigital Times argues that among the growing crop of VR devices, the Vive isn’t as interesting as Microsoft’s HoloLens, which interacts with the environment around you to augment real objects with digital ones. Still, the recent growth and tremendous interest in VR technology means the Vive will probably find a fanbase, especially given the addition of content from HBO, Google, and Lionsgate.

Pricing and launch date for the device are not known. HTC is promising that visitors to the Game Developers Conference in San Francisco later this week will also have a chance to preview the Vive.

The rest of us will have to be content with Matrix reruns until this thing launches.