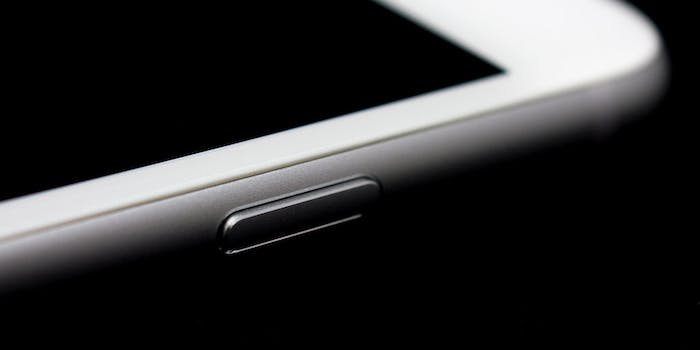 These gold-plated HTC phones look great, especially when photographed by an iPhone

You have to wonder if someone lost their job over this one.

HTC’s custom-made 24k gold HTC One M9 phones are downright stunning. They were made in honor of the 2015 UEFA Champions League final, in which Barcelona faced off against Italy’s Juventus club.

HTC was eager to show off its shiny new toys on Twitter. The only problem is that they used an iPhone to take the picture. (Look at the reflection in the bottom-right of the M9 on the right.) 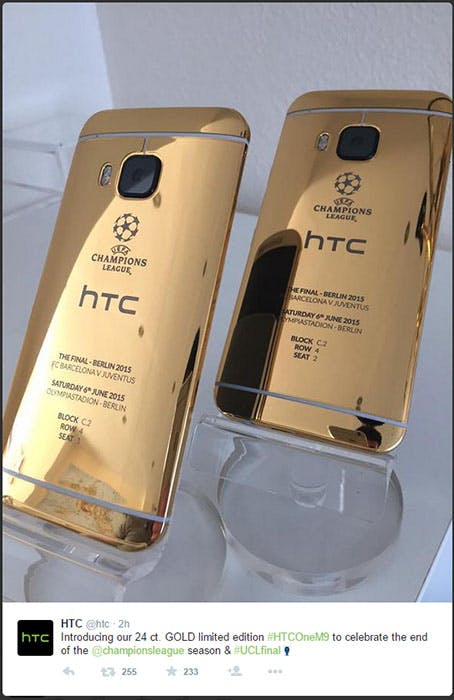 Twitter users, who delight in nothing so much as trolling brands, quickly pointed out that the photographer’s reflection clearly shows him using an iPhone. HTC deleted the tweet, but as evidenced by the screenshot above, the Internet caught it first.

Here’s the revised tweet, with two computer-generated images of the gold phones free of any Apple-branded reflections.