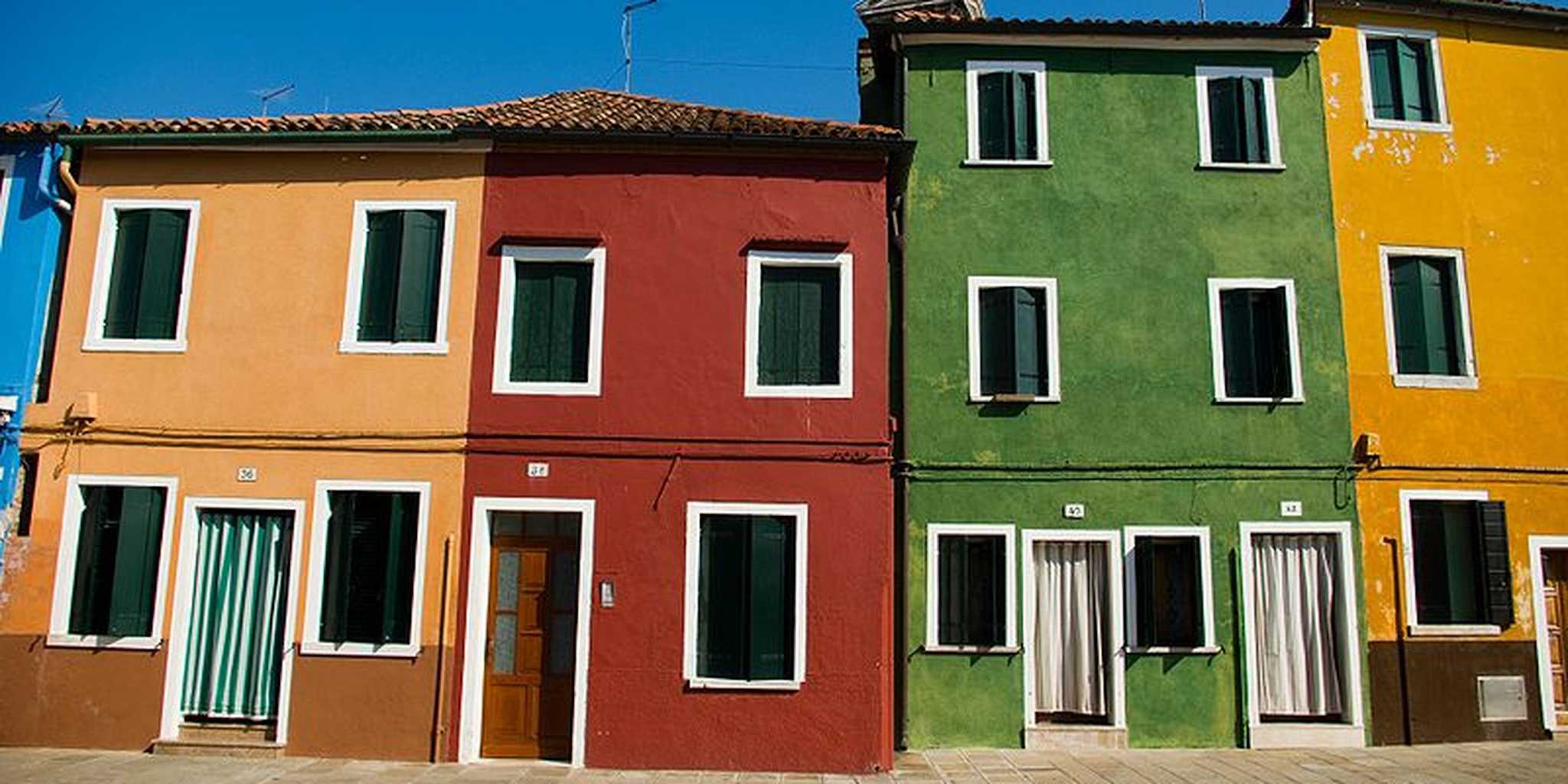 Google Maps’ picture of your house is about to get a lot more detailed. Here’s how to protect yourself.

In response to an application by satellite imaging firm DigitalGlobe, the Department of Commerce just allowed the company’s satellites to take higher-resolution images than ever before. Until now, DigitalGlobe was prohibited from taking pictures that showed distinguishing features on objects smaller than about 20 inches tall. Going forward, DigitalGlobe, the only high-resolution satellite imaging company based in the United States, will be able to use its newest generation of technology to take its most detailed pictures ever—photos in which it will be possible to differentiate between objects smaller than 10 inches in size.

Since DigitalGlobe is one of the primary suppliers of satellite imagery to Google, the real-world photographic visuals on Google products like Google Maps and Google Earth are about to become a good bit more revealing. While Google did recently buy its own satellite company—meaning the company will soon be able to generate its own satellite images without DigitalGlobe—it stands to reason that if the government gave the ability to take pictures at a higher resolution to one of Google’s partners, it would also extend the same freedom to Google itself.

There are two possible reactions to this news: The first is that poking around random locations on Google Earth is about to become that much more fun. The second is being profoundly creeped out by the idea that anyone with an Internet connection has the ability see just that much more detail about supposedly private spaces like your home.

For those who fall into the the second category, there is something relatively easy you can do: have Google blur out its picture of your place.

The process is relatively simple. First go to Google Maps and enter your home address (or the address of whatever you want blurred). Enter ?street view” mode by dragging the little man on the right side of the screen to the spot you want blurred. Once there, hit the ?Report a problem” button on the lower-right corner of the screen. It will pull up a page where you can specify whatever image you want to have blurred.

The result is something that looks like what happened to these two addresses in Toronto: 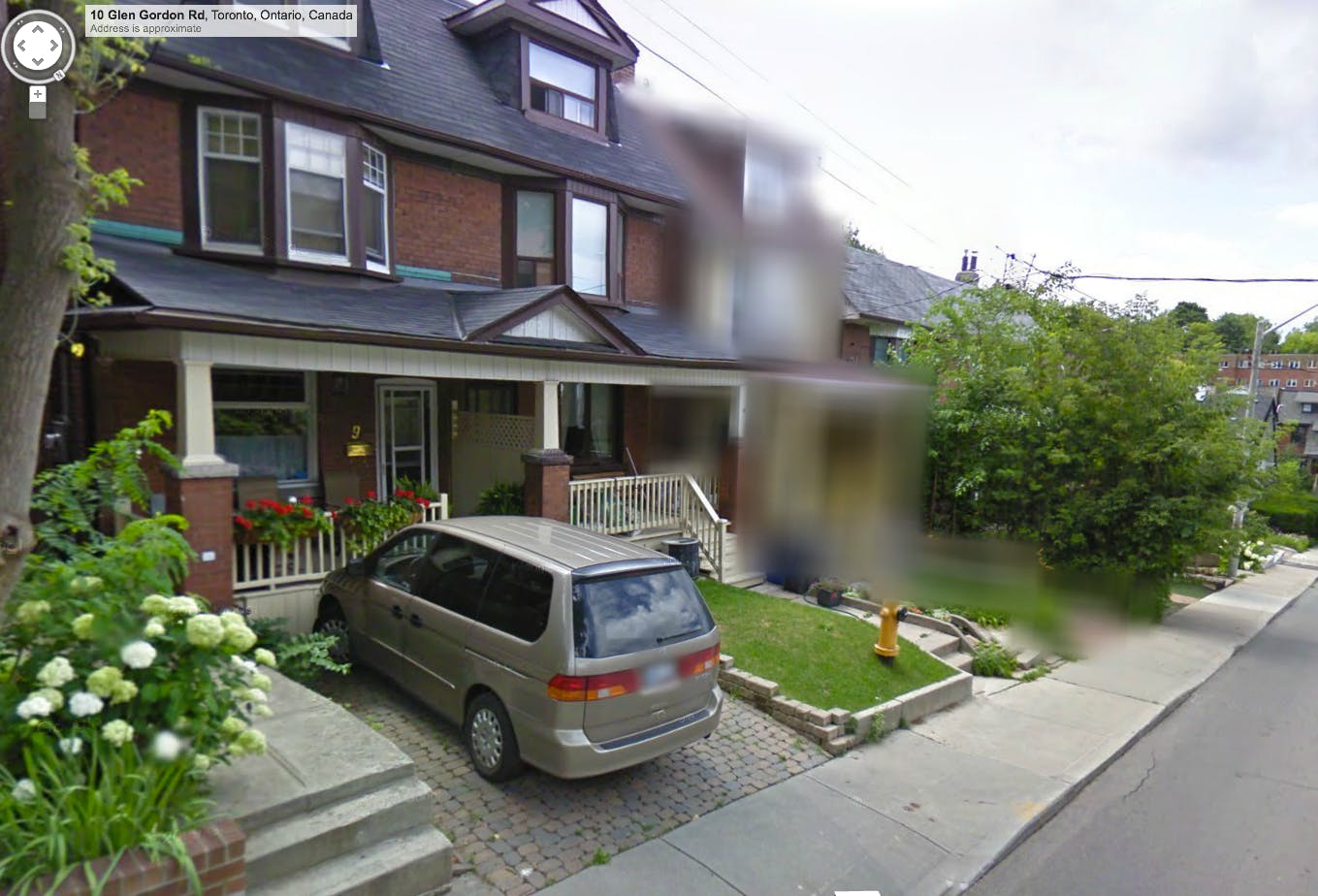 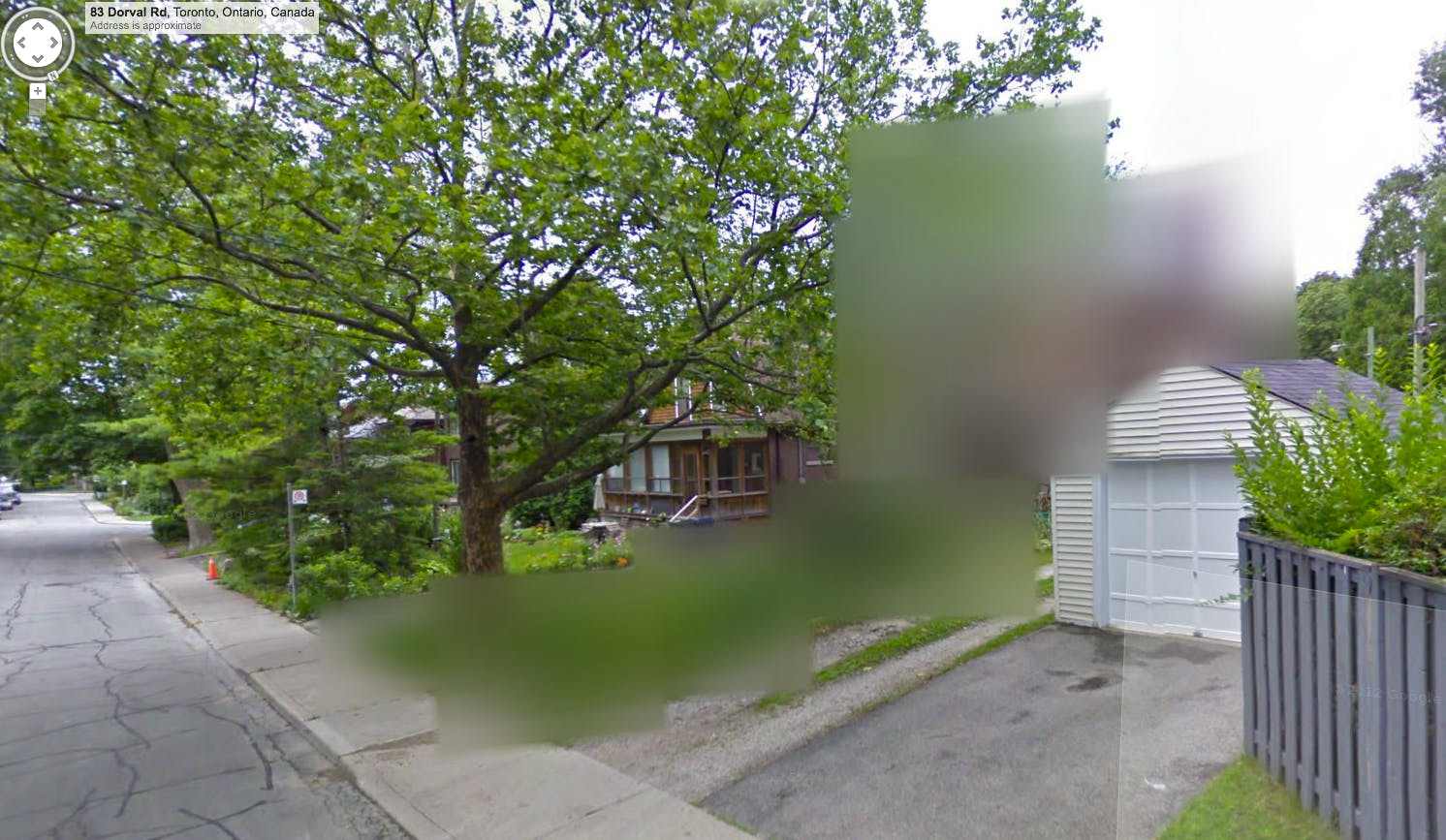 Google employs a system that automatically blurs out faces and visible license plates; however, things occasionally do slip through.

Google didn’t answer questions about how many blurring requests it gets and with what frequency it declines to honor those requests. However, a company spokesperson did provide the following statement:

We take privacy very seriously and our Street View product abides by the local laws and cultural norms of the country images are taken in. Street View only features imagery taken on public property. This imagery is no different from what any person can readily capture or see walking down the street. Imagery of this kind is available in a wide variety of formats for cities all around the world. While the Street View feature enables people to easily find, discover, and plan activities relevant to a location, we respect the fact that people may not want certain types of images featured on the service. We provide easily accessible tools for flagging inappropriate or sensitive imagery for review and removal.

A post on the NetSecurity blog goes down a list of different ways a criminal could take advantage of information gleaned from pictures on Google Maps for nefarious ends:

Just because you have your house blurred out on Google, that doesn’t mean images of it are necessarily wiped from the Internet—both Bing and Yahoo maps provide similar street view sites.

For Bing Maps, type in the address in question. Then drag the little blue man to the correct spot on the map to get into StreetSide mode. Click the question mark in the bottom right corner of the screen and then click “Report an Image Concern.” It should pop a window where you can request the address you want to have blurred.

In an FAQ on its website focusing on privacy issues, Bing StreetSide says Microsoft will honor “requests to blur or remove images of faces or persons, homes, cars, acts of violence, nudity and unlawful material,” and that such requests are typically processed within 30 to 60 days of receiving the initial report.

Yahoo Maps has a similar system in place for its here.com mapping program. To get an image blurred on this system, find it on street view just like with Google and Bing. Next, hit ?report image” in the bottom left corner of the screen, select the ?privacy concern” open, and then describe your issue with the image.