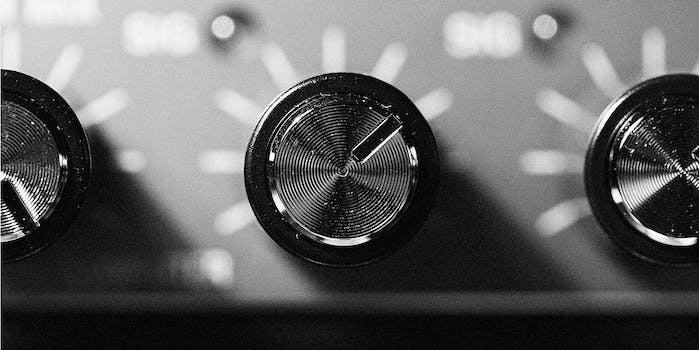 It's time to migrate to Apple Music.

Beats Music might be dead, but it’s not gone. Apple wasted little time in remixing its multibillion dollar acquisition into a streaming music service of its very own, but Apple Music‘s progenitor is not only still available in the App Store—it’s still charging subscribers.

Following Apple Music’s June 30 launch, Beats Music quietly lingered. The $9.99-per-month service stopped accepting new sign-ups, it but remained perfectly functional. Unfortunately for any users who loyally followed the Beats app through its Apple-branded reincarnation, as recently as late July, Beats is still billing former subscribers who might not have realized that the old app is still around at all. 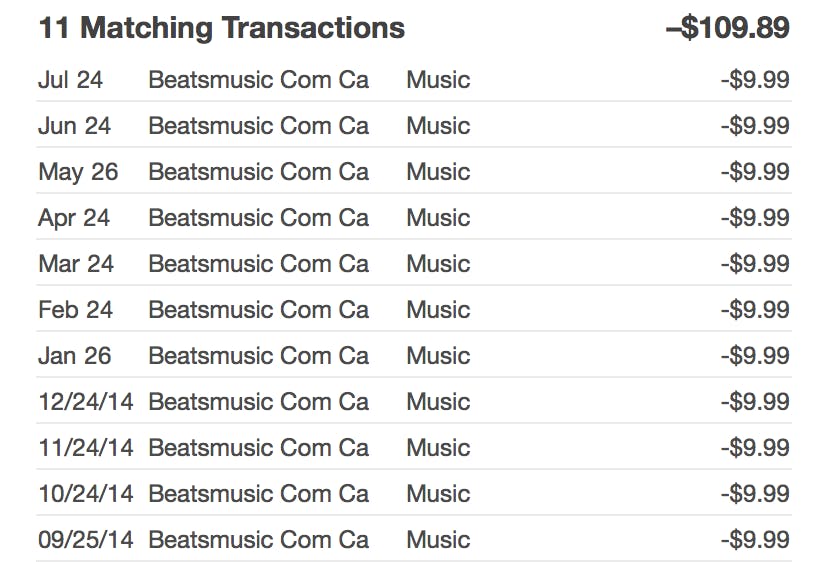 As an Apple spokesperson told the Daily Dot, former Beats Music users are encouraged to migrate their accounts into Apple Music—a process that will automatically trigger their Beats subscription to close. Logging into Beats Music on mobile should prompt the migration, but Apple noted that the option is also available under the music genre bubbles in the Apple Music onboarding interface. New Apple Music users should remember that while the app offers a three-month free trial, the paid service requires members to opt out if they want to avoid charges after that time. 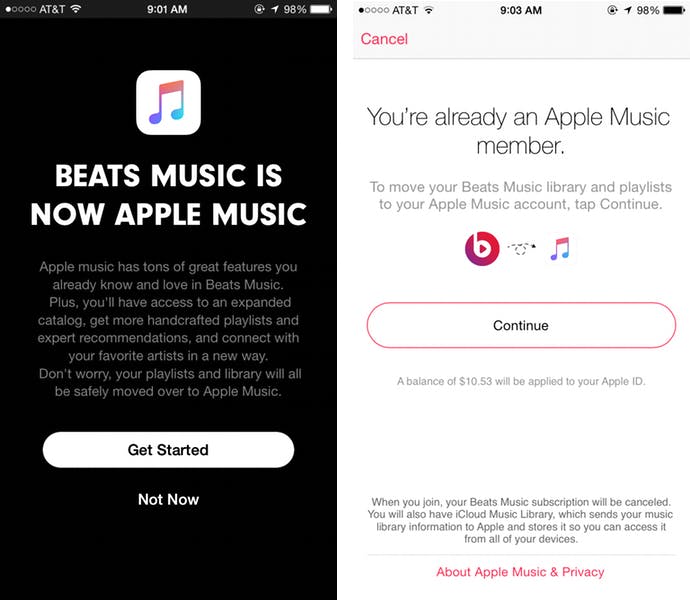 To be sure that Beats Music is no longer charging, former subscribers can log into their Beats Music profile on the Web. As Beats Music was a paid-only service, any former Beats users should check their bank statement for ongoing charges. 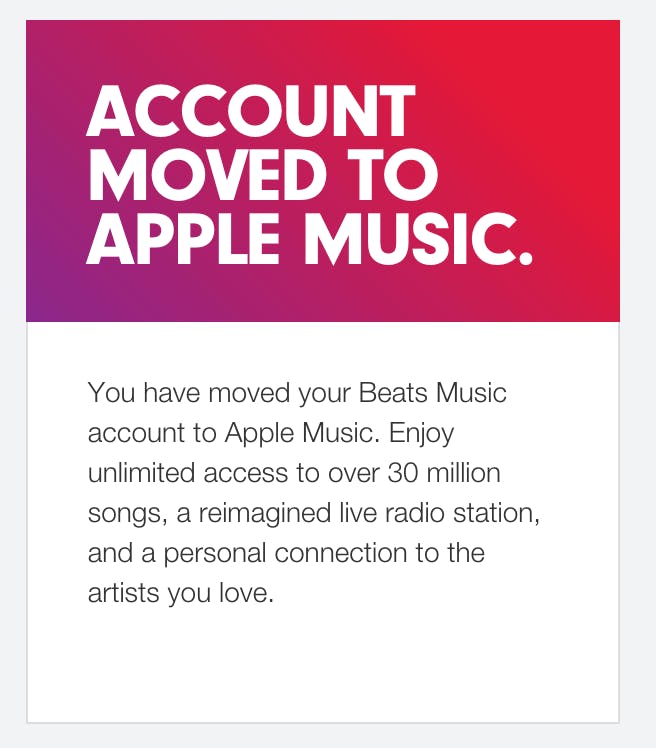 Over the brief course of its short pre-Apple lifetime, Beats Music never really had the chance to build up a significant user base. Still, the app was a well-loved alternative to Spotify and other streaming services, with a loyal following that’s not too happy about this whole Apple Music thing. Those users have taken to the App Store to voice their frustration and to downrate Beats Music’s formerly 4-plus star rating into oblivion. 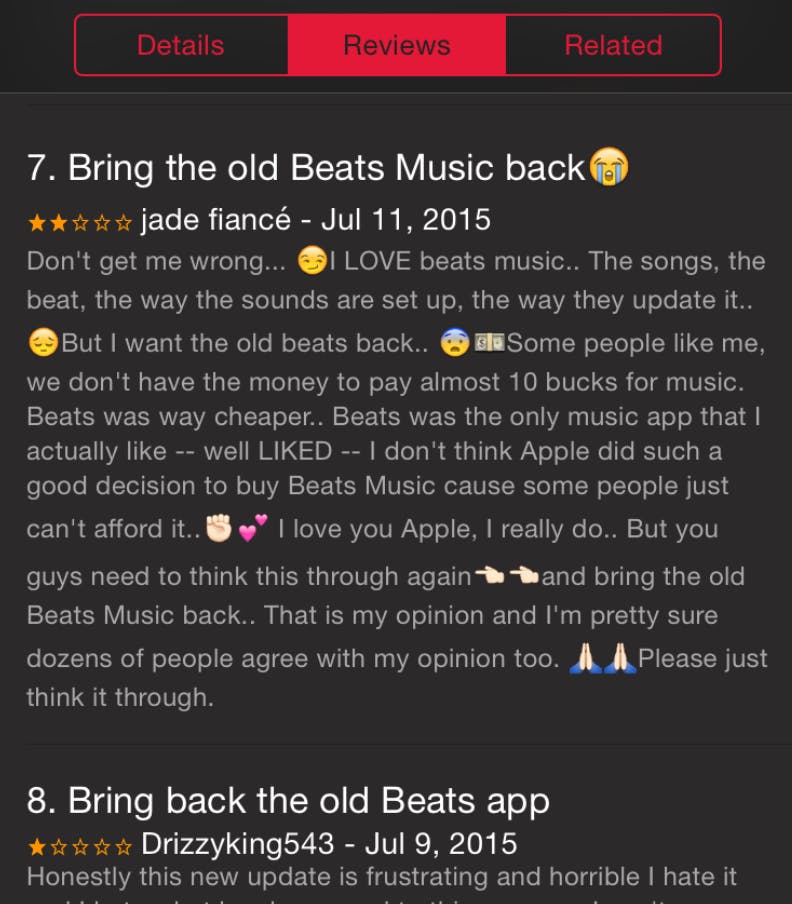 Whether Apple can please Beats Music loyalists (and perhaps even pathologically patient MOG-lovers) while establishing Apple Music on its own merits remains to be seen.

Apple did not offer a timeline on when it might pull Beats Music from the App Store and properly pull the legacy app off of life support. Still, Beats users know what’s coming: It’s time to migrate.