A beginner’s guide to Dots & Co

Dots & Co is tearing up the app charts. Here are some helpful hints to help you score big on the leaderboard.

We love smashing dots, you love smashing dots, everyone loves smashing dots. Dots & Co is the third game in the Dots series, and it has been tearing up the app charts since its release. While the classic mechanics never go out of style, Dots & Co is a little different than its predecessors, so if you want to get a head start on the leaderboards, here are a few quick tips for building up your score.

1) Your companion is your friend

This seems obvious, but until you unleash your companion’s powers for the first time, you may not realize how important they are. Whether you’re working alongside a penguin, an Eskimo, or a sailor, your companion is often the only thing that stands between you and an admittedly peaceful death. Prioritize matching the triangular dots to build up your companion’s meter allowing you to set loose their special attack. 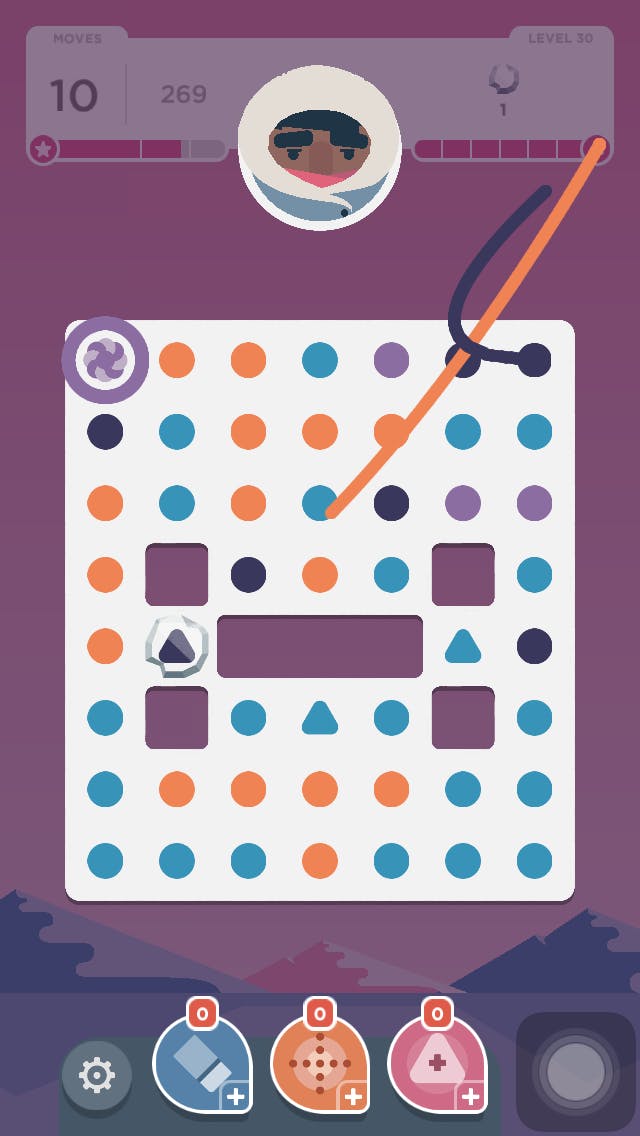 Years of abuse at the hands of game developers have taught us to rush through levels. It started with Mario and just got worse when Candy Crush figured out it could rush us and charge for the pleasure. Dots & Co doesn’t care if you take your time, so use the extra leg room to plan your moves carefully. Your number of moves shrinks quickly, especially once you have to start breaking up large blocks of ice. Relaxing and taking a breath can be the difference between defeat and success. 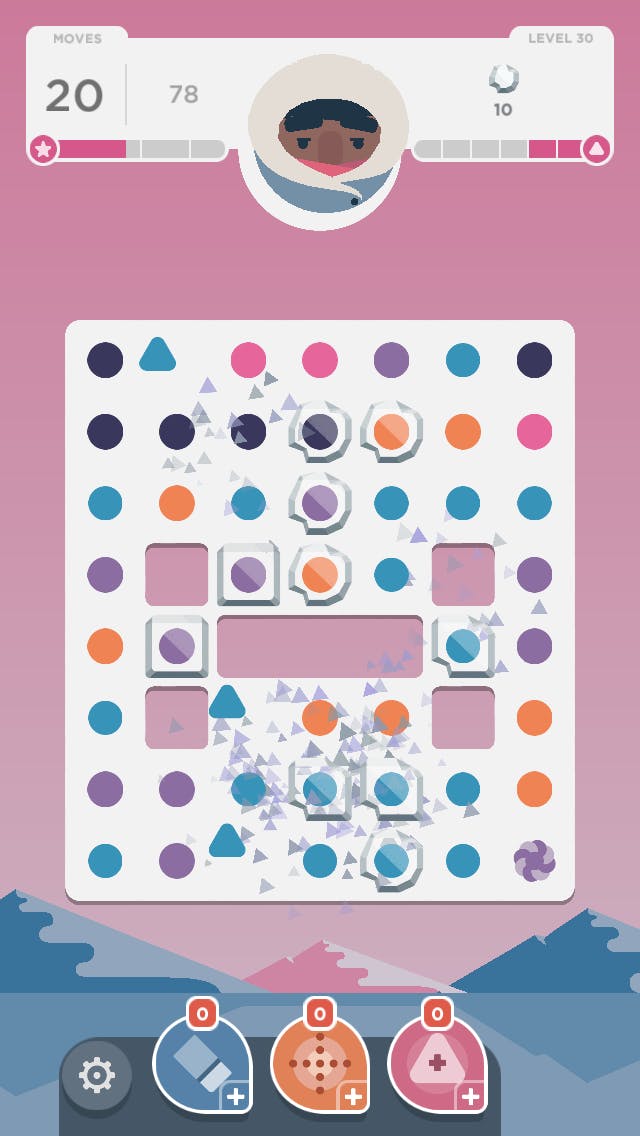 3) Colorless dots are the most important dots

Early in the game you’ll be introduced to the concept of colorless dots. These soulless dots just want to be a part of your solution, and boy oh boy are they useful. Colorless dots can be matched to any color, so keep an eye out for them and don’t use them too quickly. Waiting to utilize their power can allow you to make a four-dot square when you least expect it. Remain zen when you have colorless dots and they will be there when you need them. As an added bonus, squaring four colorless dots together will clear the whole board for you. 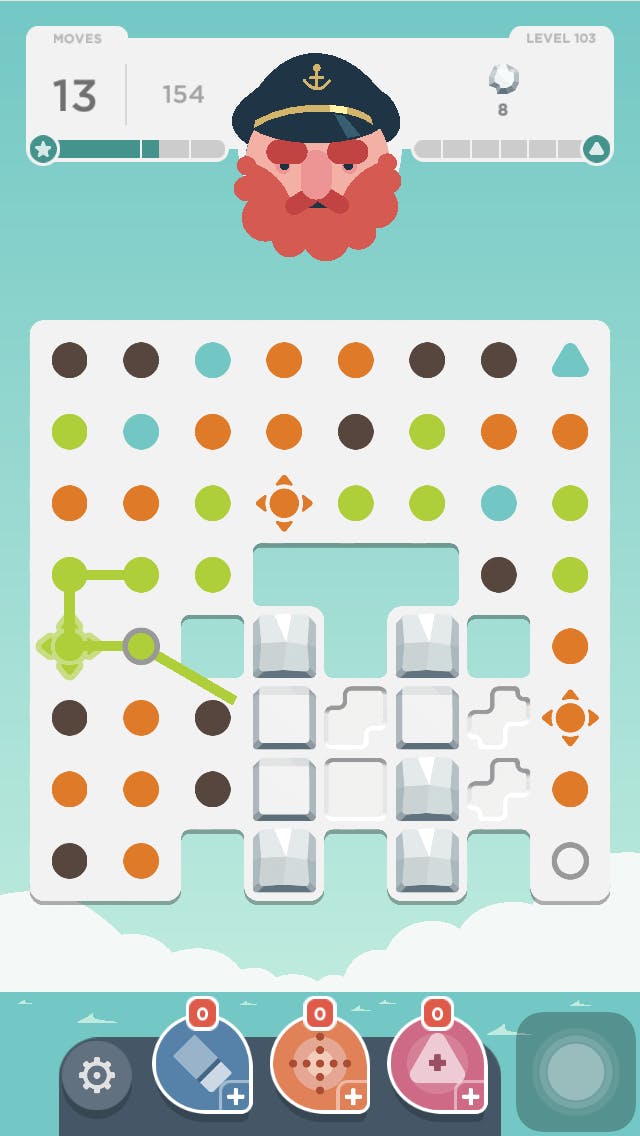 4) Be square, or at least make them

If you’ve never played a Dots game before, you may not know about how important squares are. The game will introduce you to this concept early, but let us really drive this point home: Making squares is the best use of your resources. Making a square out of four or more dots clears out all of the dots of that color on the map. It’s a staggeringly powerful move that you shouldn’t take for granted. Make sure you don’t miss out on a square because you’re rushing through the level. After all, there’s no time limit. 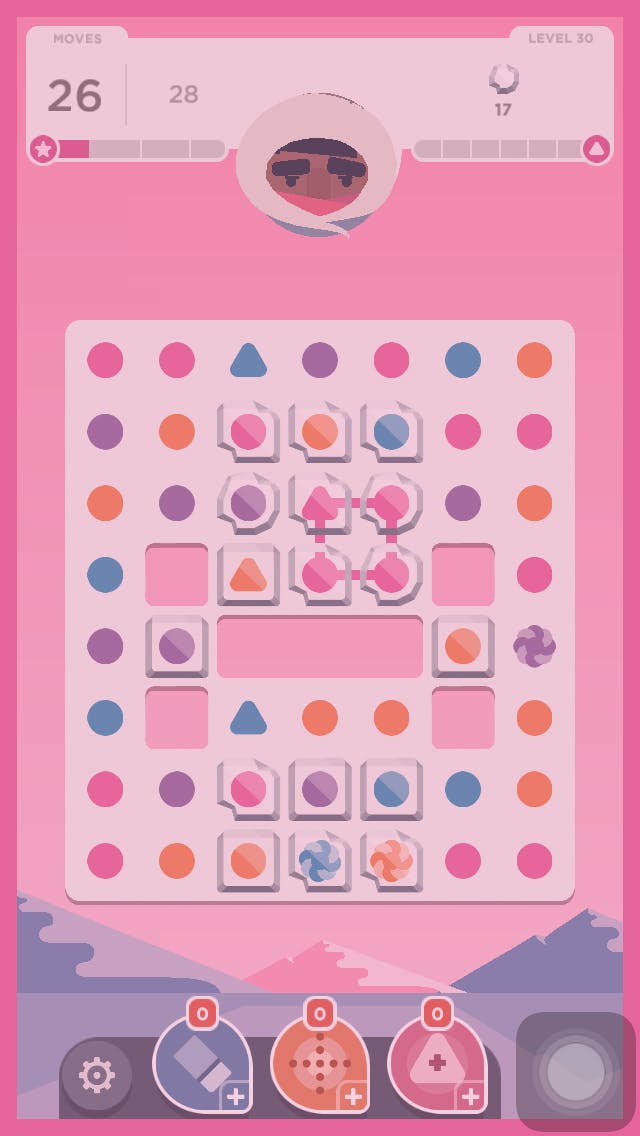 5) Only boost your companion as a last resort

Dots & Co is sadly yet another nearly perfect game almost crippled by in game transactions. Rather than give players the option of paying a couple bucks to just play the game, power-ups and all, it gives you a taste of useful power-ups and game play and then asks for money when the difficulty ramps up. Accordingly, if you want to play for a longer time, only boost your companion as a last resort. 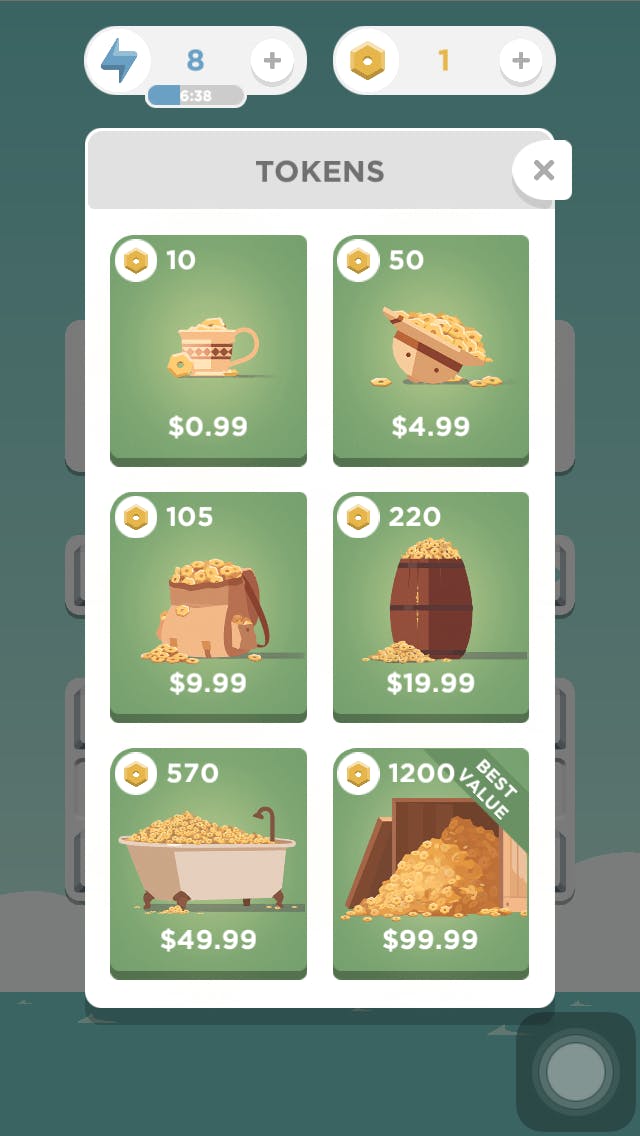 Thankfully Dots & Co’s addictive blend of adorable character design and soothing puzzle makes up for the brutal fist of capitalism constantly smashing into your good time. Just don’t boost your companion until you really need it, and you’ll be fine.