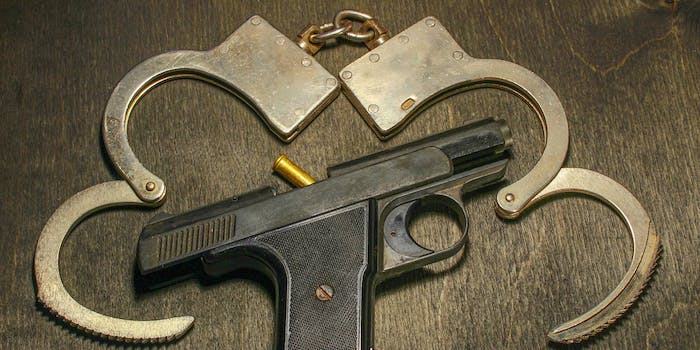 The case is under investigation.

An armed black man was reportedly shot and killed by police in Houston early Saturday morning.

According to the Houston NBC affiliate KPRC, Alva Braziel was standing in the middle of a southeast Houston street with a revolver pointed in the air around 2 a.m. Saturday. Two police officers were driving down the street and ordered him to drop the weapon and show his hands, and a witness also told him to put the gun down, KPRC reports.

Braziel’s wife said the reason he was outside early in the morning was because somebody had stolen his horse.

The shooting comes a day after 11 police officers were shot and five others were killed by a sniper at a Black Lives Matter protest in Dallas early Friday morning. The march was protesting the deaths of two black men killed by police earlier this week. Alton Sterling, 37, was outside of a convenience store in Baton Rouge on Tuesday when he was shot and killed by police. He was unarmed. The following night, 32-year-old Philando Castile was shot by police officers during a traffic stop in Falcon Heights, Minnesota.

According to the Guardian, as of July 7, there have been 569 people killed by gun violence in the United States this year.