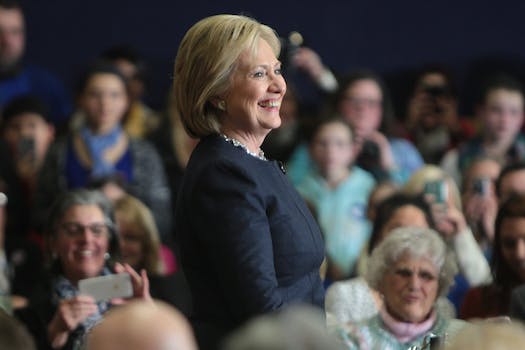 Hillary Clinton re-enters politics, this time with Onward Together

Onward Together is 'dedicated to advancing the vision that earned nearly 66 million votes in the last election,' according to its website.

Onward Together is “dedicated to advancing the vision that earned nearly 66 million votes in the last election,” according to its website. Clinton tweeted on Monday that the group will encourage people to get involved, organize, and run for office.

“From the Women’s March to airports where communities are welcoming immigrants and refugees to town hall meetings in every community, Americans are speaking up and speaking out like never before,” the website reads. “The challenges we face as a country are real. But there’s no telling what we can achieve if we approach the fights ahead with the passion and determination we feel today, and bring that energy into 2017, 2018, 2020, and beyond.”

Onward Together’s website notes that “citizen engagement” is key to the United States democracy, and went on to applaud efforts “in recent months” where people have protested “hate, falsehoods and divisiveness.”

In a follow-up series of tweets, Clinton mentioned several organizations Onward Together would “support” including Indivisible Team, Swing Left, Color of Change, and Emerge America.

“This year hasn’t been what I envisioned, but I know what I’m still fighting for: a kinder, big-hearted, inclusive America. Onward!” Clinton tweeted.

This year hasn't been what I envisioned, but I know what I'm still fighting for: a kinder, big-hearted, inclusive America. Onward!

The website only contains a page describing Onward Together’s mission, and a page where people can donate to the cause.