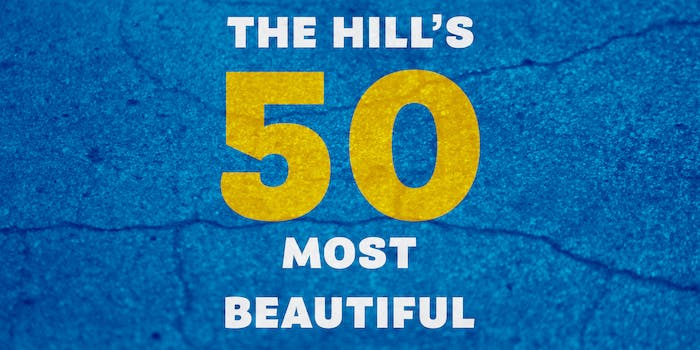 Love it or hate it, if you had some tangential relationship to politics and/or Washington, D.C., when the Hill’s 50 Most Beautiful People list came out each summer, you clicked all the way through.

It’s been a flashpoint of controversy: alternatively praised for its ingenuity and decried as sexist and trivial. Either way, it’s dead.

The Hill announced today that it is over.

This is the right call. It was a great idea, but, as any female staffer who was on the list could tell you, the most beautiful list became a check list for creepy dudes to make unwanted office visits and more. Wrong message in 2018. https://t.co/7UQUxwHXjZ

Some lamented having never made it, and now never getting the chance, like this especially good tweet from Sen. Orrin Hatch (R-Utah).

You wake up early every day to comb your hair and pick out the brightest shirt/tie combo with your strongest pinstripe suit thinking this is going to be the year.. then this happens. https://t.co/MvYVDOQN3C

But then there’s this take from conservative commentator John Podhoretz, who was happy it was over, because… the babes weren’t hot enough for him.

this is good because they were starting to enter into major meeskite territory https://t.co/Cu4tdeZOYd

Meeskite is Yiddish slang for an “ugly woman.” Podhoretz was apparently devastated that the people who make policy in this country don’t get him hot under the pants.