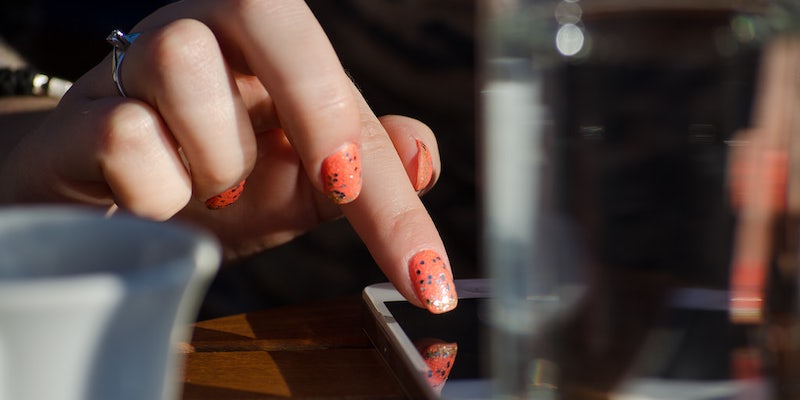 Students at Cañon City High School in Cañon City, Colo. are learning that sexting isn’t something to be cavalier about.

Students allegedly shared hundreds of naked photos through their mobile devices like trading cards, and now parents, school administrators, and authorities are figuring out how to best deal with the potential legal ramifications, the New York Times reports.

On Friday, the school district and authorities announced that at least 100 students at the high school and eighth graders at the local middle school were a part of a so-called “sexting ring” that used private photo storage applications to save and share naked photos of students. Authorities and the school district are still figuring out how to pursue legal action, and whether it could include felony charges for child pornography.

The “vault apps,” the students were using masquerade as other innocent applications like calculators, but they’re really photo storage devices. And the students weren’t just sharing inappropriate photos of classmates—they turned it into a game. The Times reports:

Students at the school described a competitive point system that classmates used to accrue photographs. Different point values were assigned to different students. Students who collected naked photographs gained points by adding these desirable children to their collections. Isaac Stringer, a junior interviewed outside the high school who said he did not participate in the photo-sharing, called the boy with the largest collection “the pimp of pictures.”

The high school’s football team has been accused of playing a large part in the sexting ring. The school didn’t play its scheduled game over the weekend as a result of the scandal. In a post on Facebook, the Cañon City School District administrators said they are working with the police to do everything possible to support students and work through the scandal. The school also noted students should be aware there are resources to deal with the serious emotional distress it may cause.

The investigation is ongoing, and police are getting search warrants for devices and conducting forensic investigations of phones, CNN reported.

It’s no secret that teens are sexting, perhaps much more than parents might realize, and while it might be harmless at first, the consequences could range from major emotional distress if photos are exposed to getting slapped with felony charges.