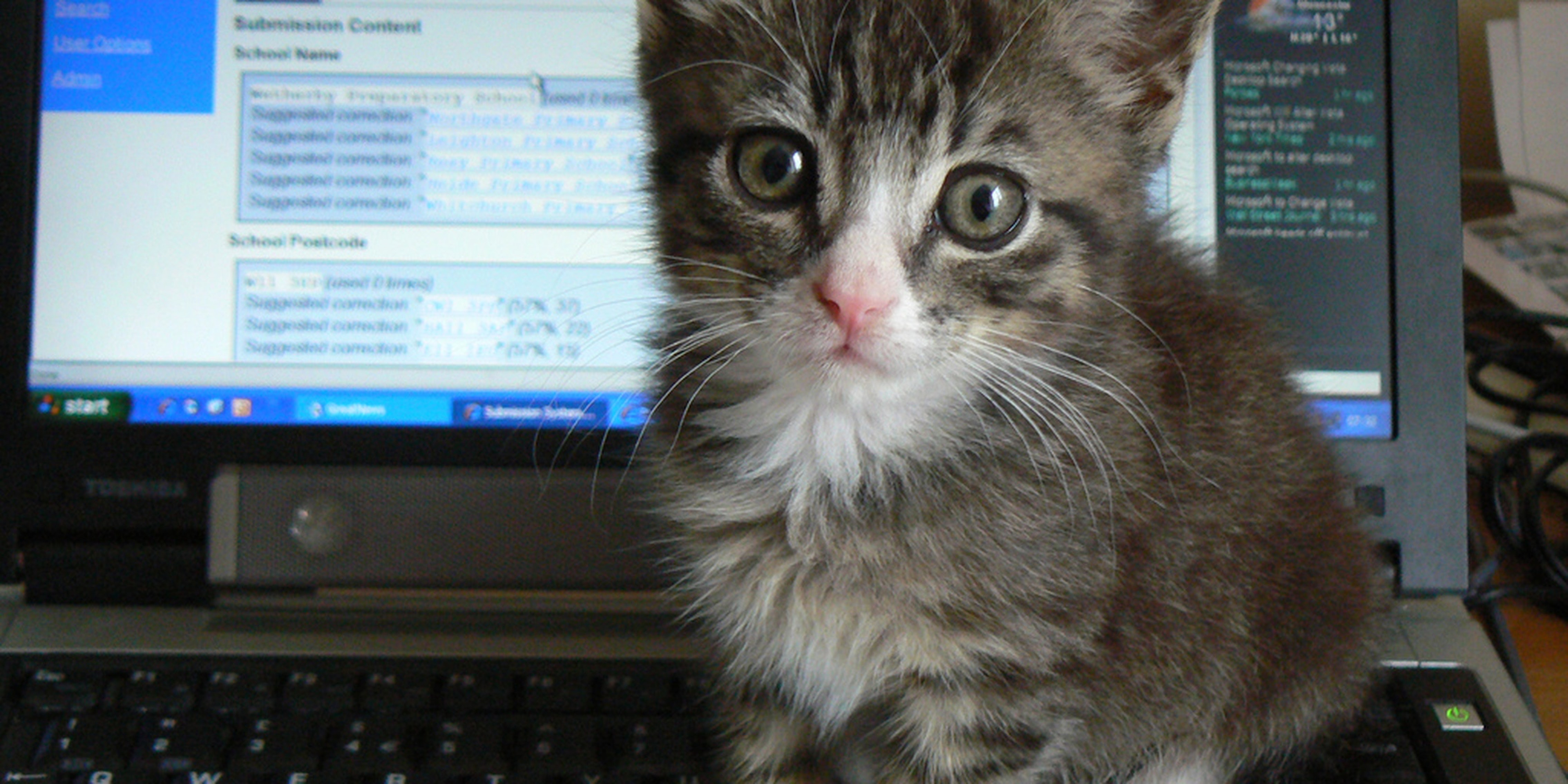 Photo via deerwooduk/Flickr (CC BY 2.0)

According to these help forums, cats cause a lot of technical difficulties

When in doubt, ask the Internet.

The Internet loves cats. But our furry friends can cause a lot of frustrating technical difficulties when left to their own devices, like when they plop their furry feet smack dab on a keyboard when you’re trying to write an artic—

Anyway, owners of beloved cats have turned to the help forums of their favorite apps and sites in order to get help for the feline foibles causing glitches.

Over on the Mozilla support forum, users are seeking solutions for cat-caused consternation. One person is now stuck with a creepy electronic voice (which I’m guessing the cat transferred to the machine when it lay upon it to suck up its warmth.) Another can’t load YouTube properly, presumably because this person’s cat is just so fed up with his mates being made fun of online.

There are 73 results for “cat+keyboard” on Mozilla. Google Chrome users aren’t quite so inundated with kitty inconveniences, but a few raise questions about what the heck to do when their dang cat makes everything so small.

On Quora, you can find some of most recent and pressing cat questions. But unlike some of these other forums, readers here provide substantial feedback as to how to solve the pesky cat problem, while also opining on whether or not the keyboard might just be a piece of junk. 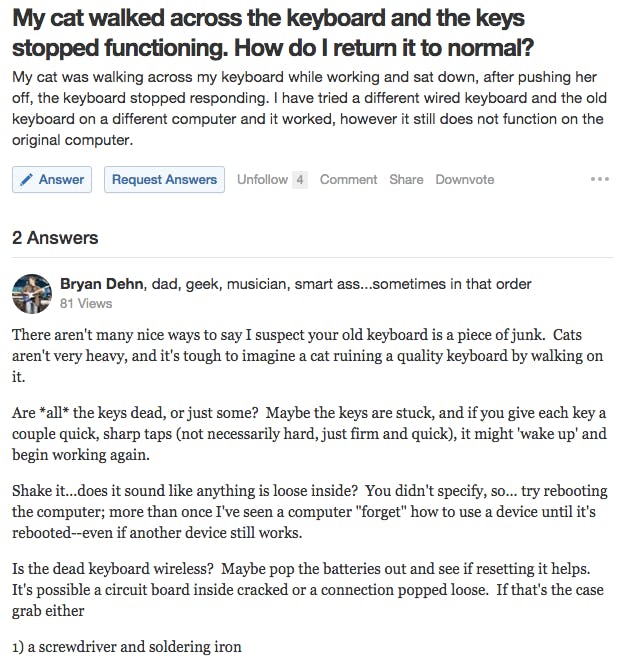 If you’ve ever stumbled across a technical glitch caused by a jealous tabby, don’t feel bad. Chances are someone’s experienced it before you. And if you can’t find an answer on one of the many help pages, you can always turn to Twitter.

Arrived back from shops to discover cat sprawled on computer keyboard. Keyboard now not working. #killthecat