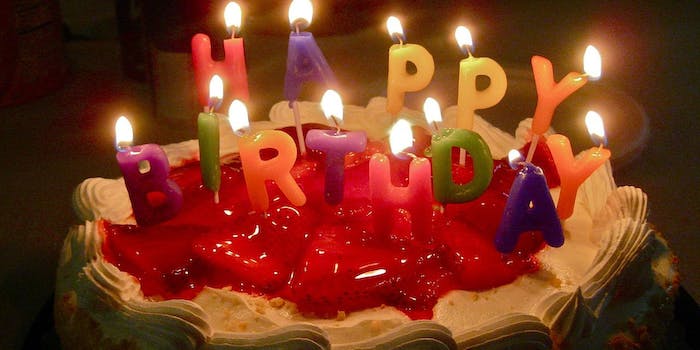 ‘Happy Birthday to You’ is finally free from its copyright shackles

A decision 80 years in the making.

Now everybody can sing “Happy Birthday To You” for free.

A federal judge on Tuesday ruled that the English language’s most popular song doesn’t hold a valid copyright, because, as the Associated Press reports,  the original copyright that was filed 80 years ago didn’t actually grant the rights to the entirety of the song.

Instead, U.S. District Judge George H. King said that the originally filed copyright that was granted in 1935 to the Clayton F. Summy Co. only pertained to the specific arrangements of the song and did not include the lyrics.

According to the Hollywood Reporter, the ruling means that Warner/Chappell Music, which has been enforcing the copyright since 1988 after it paid $15 million for the right to do so, will forgo the approximate $2 million it earns per year from the copyright in song revenue. It also means that, unless the ruling is appealed, the song can be used free of charge in movies, TV shows, and stage productions.

Some history on the song’s genesis from the Hollywood Reporter:

The Hill sisters later assigned rights to a publishing company owned by Clayton Summy. Later, copyright registrations were made by Sumny’s company on “Happy Birthday.” Warner/Chappell has been contending that the 1935 registration covered both the piano arrangement as well as nearly universally known lyrics. …

The plaintiffs, which includes a group of filmmakers who are making a documentary film about the song, also are asking for Warner to return millions of dollars in licensing fees, but damages haven’t yet been decided.

“‘Happy Birthday’ is finally free after 80 years,” Randall Newman, a plaintiff’s attorney, told the Los Angeles Times. “Finally, the charade is over.”