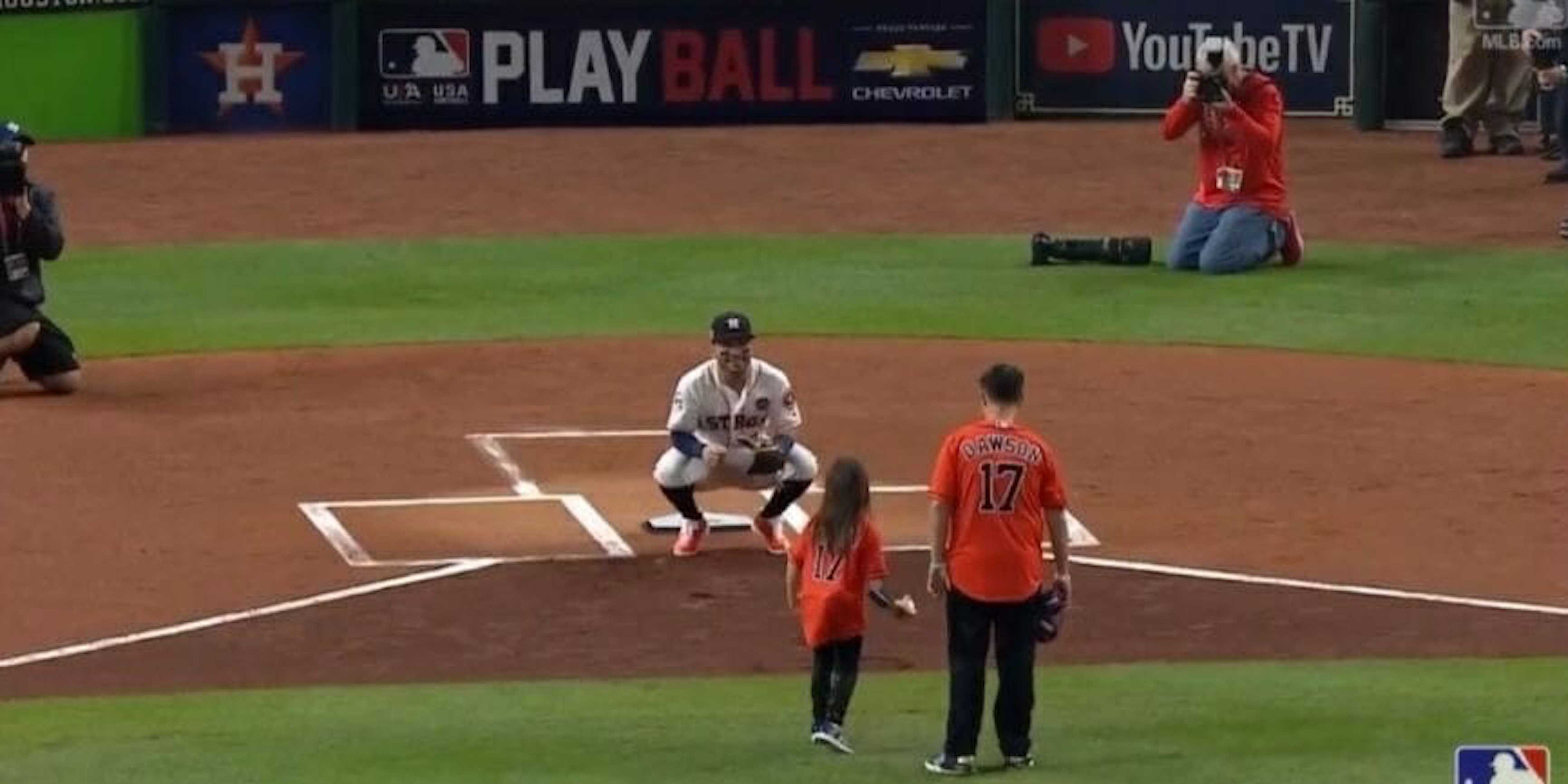 The video will give you chills.

Hailey Dawson is a 7-year-old baseball fan who wants to throw out the ceremonial first pitch at every MLB ballpark. Making Dawson’s story remarkable is the fact she was born with only two fingers on her right hand and uses a 3D-printed prosthetic.

A handful of MLB squads have reached out to bring Dawson to their ballparks to showcase her skills, and before the World Series, she’d wowed crowds in Baltimore and Washington while delivering the first pitches before games. In her biggest moment of all on Saturday, she threw a perfect strike before game 4 of the Series.

Dawson was born with Poland Syndrome, which causes underdeveloped chest walls and can affect the fingers. In Dawson’s case, she’s missing her pointer, middle, and ring fingers, and she uses a 3D-printed hand that was created by University of Nevada-Las Vegas researchers.

And clearly, it works well enough to throw a baseball in front of tens of thousands of fans.

For some reason, Fox didn’t show the moment live on TV, and many on Twitter were outraged by that decision. But for Dawson and her family, maybe it doesn’t matter. After all, her perfect pitch will live forever on the internet.