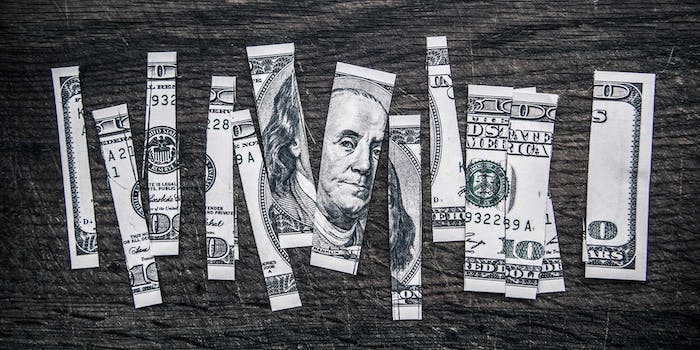 Money talks, and Greenhouse shows you how much.

In the volatile political landscape of the United States, getting a straight answer out of a politician is virtually impossible, so don’t expect even the most trustworthy elected official to talk about who is stuffing their campaign coffers. If you want that information, you could spend the next week poking around on campaign finance websites, or you could just install Greenhouse, a browser plugin crafted by a kid who can’t even vote yet. Its creator, 16-year-old Nicholas Rubin, is helping add some much needed transparency to the folks bankrolling the U.S. political machine.

After installing the plugin on Chrome, Safari, or Firefox, Greenhouse will highlight the names of any members of Congress no matter what webpage you’re on. When you hover your mouse of the highlighted name, a list pops up showing the elected official, their political affiliation and state, and a full list of their biggest contributors, as well as dollar amounts. The pop-up also shows what percentage of the official’s donations were $200 or less, and which campaign finance measures they supported.

The data Greenhouse uses is pulled from OpenSecrets.org, and includes dollar figures from each politician’s most recent election cycle. There is, of course, the possibility that the lobbies that funded a congressperson’s last election aren’t necessarily the same ones currently contributing, but the chances are pretty good.

Greenhouse is an invaluable tool for deciphering the motivations behind the actions of Congress, and poking around on a political website is particularly eye-opening if you happen to have the plugin enabled. For example, I brought up an article on the recent failed bipartisan energy efficiency bill that was shot down via filibuster, with Senator John Cornyn playing a major role in its defeat. A quick mouse hover over Cornyn’s name revealed the likely cause: a campaign contribution of over $1 million from the oil and gas lobbies. What a coincidence! 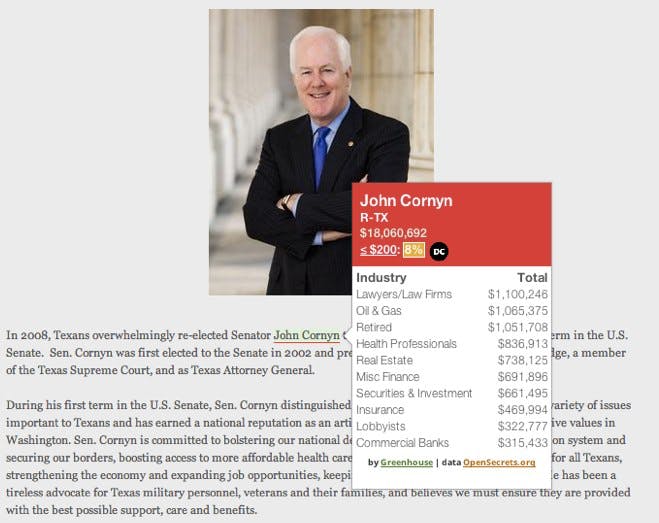 But why would a 16-year-old spend his time creating software to empower voters? “Even though I am only 16 years old [sic], not quite old enough to vote, I am old enough to know that our political system desperately needs fixing,” Rubin notes in a letter on the Greenhouse website. ”I hope that this tool is one step in that direction.”

Money talks, and Greenhouse is the easiest tool available to show how and where cash is influencing politics. Rubin plans on continuing to support the plugin with added functionality in the future, so we can expect Greenhouse to get even better.