What is the Green New Deal progressives in Congress want?

It's modeled on FDR's big initiative.

Many Americans are aware that incoming Rep. Alexandria Ocasio-Cortez (D-N.Y.) joined a sit-in at Democratic leader Rep. Nancy Pelosi’s (D-Calif.) office last week. What most people don’t seem to know is what the sit-in was all about.

As the media made the story about political personalities, the actual purpose of the protests was obscured.

The protest was organized by the Sunrise Movement, a group of environmental activists demanding a Green New Deal. While there are a number of Green New Deal proposals on the table, the most comprehensive by the left-wing thinktank, Data for Progress (DFP). 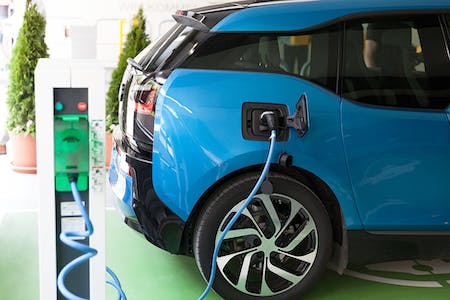 What is a Green New Deal?

DFP has put together the most comprehensive policy proposal around the Green New Deal to date. In the introduction to their 40-page report on the subject, authors Greg Carlock, Emily Mangan, and Sean McElwee describe the Green New Deal as, “a broad and ambitious package of new policies and investments in communities, infrastructure, and technology to help the United States achieve environmental sustainability and economic stability.”

By presenting this plan as a Green New Deal, the activists who support it hope that tying environmental sustainability to economic growth will yield a plan that a majority of Americans can understand and support. Environmental activists have long heard that their plans don’t square with the economic needs of Americans, and the Green New Deal is an effort to combat that perception and present a proposal that the majority of Americans can get behind.

The authors break down their “Greenprint” into six key sections: transform to a low-carbon economy, fulfill the right to clean air and clean water, restore the American landscape, strengthen urban sustainability and resilience, put a generation to work, and ensure a just transition.

Transform to a low-carbon economy

To meet the commitments outlined in the Paris Climate Agreement, the United States must reduce emissions by 77 percent by 2050. To meaningfully mitigate the impact of global warming, the authors estimate that the US will need to go further and achieve net zero emissions by mid-century.

Meeting these goals will require immediate work, and the authors lay out some concrete benchmarks including 100 percent green and renewable energy by 2035, zero net emissions from energy by 2050, 100 percent net-zero building energy standards by 2030, 100 percent zero-emission passenger vehicles by 2030, and 100 percent fossil fuel-free transportation by 2050.

In support of these goals, the report lays out an expansive set of policies and investments that include things like ending fossil fuel subsidies, national grid integration and modernization, hybrid and electric car purchasing credits, and transition assistance for affected communities, including unemployment and healthcare.

Clean air and clean water as a right

Many Americans live without clean air or clean water. The Green New Deal sets the goal of framing clean air and water as a human right, then sets forth specific benchmarks like national clean air attainment, cutting methane leakage by 50 percent by 2025, national lead pipe replacement and infrastructure upgrades, guaranteed access to affordable drinking water, and vigorous protection of waterways.

This section may hit close to home for many Americans as it reflects the struggles that have made headlines in places like Flint, Michigan and at Standing Rock.

Regulating business will be an essential aspect of this goal. As such, the plan calls for an end to fracking, groundwater mining, and unsustainable agricultural practices, among other unethical endeavors. 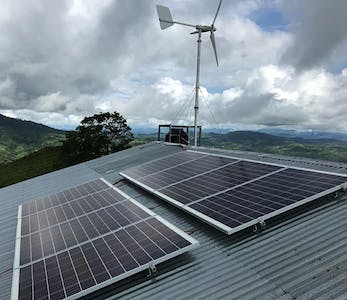 The Green New Deal proposal was drawn up with a recognition that combatting climate change won’t just take a change in behavior: it will also require a reversal of damage that has already been done. This proposal calls for the restoration of millions of acres of forest and wetlands as well as cleaning up hazard sites and imposing sustainable agricultural practices on the country.

Again introducing a battery of policy proposals, the Green New Deal aims to achieve this restoration through both vigorous defense of public lands like national parks and firm regulation of private land use.

Corporate oversight and regulation need to come hand-in-hand with changing the way Americans consume. This reality sometimes is overlooked in progressive circles because personal responsibility has long been the only suggestion offered by center-left and right-wing politicians when it comes to fighting climate change.

The Green New Deal recognizes that a shift in consumption has to be a part of any meaningful plan to fight climate change. Along with a bold goal of zero waste by 2040, the proposal recommends modernizing mass transit and expanding green space in urban areas.

The Green New Deal as a job creator

Economics and job creation are central to the Green New Deal. The report carves out an entire section detailing how these proposals can be an engine for economic growth. Data for Progress estimates that a mass scale Green New Deal would create 10 million new jobs in 10 years and many more thereafter. From there, the proposal sketches a rough picture of what kinds of jobs could be created with a such a program and what retraining with a focus on sustainable jobs might look like.

In this section, the authors also suggest a Green Jobs Guarantee. One of the most ambitious aspects of the Green New Deal, such a guarantee would create a program reminiscent of the FDR’s Works Progress Administration and would offer the promise of environmentally friendly employment to anyone who wants it.

The environment and political justice

Impressively, DFP also makes a compelling case for both the popularity of a Green New Deal politically and such a program’s moral necessity. The proposal uses a number of metrics to demonstrate that the majority of Americans now believe in climate change and want to do something about it. Furthermore, using substantive polling date, they assert that candidates can run on their program and win in 2020.

In making the moral case for a Green New Deal, the authors point out that environmental issues disproportionately impact racial minorities, the poor, children, and the elderly. They then introduce a number policy and regulatory suggestions that would ensure that a transition to a green economy would make a concerted effort to eradicate inequities that exist in our current system.

Finally, the proposal makes the argument that not only is a Green New Deal essential, it is also affordable. In short, they contend that there is far more money to be made by avoiding climate catastrophe than by wringing out every last dollar from the Earth and leaving it an empty husk.

A handful of progressive members of Congress including Rep. Ro Khanna (D-Calif.), Rep. Carolyn Maloney (D-N.Y.), and Rep. Jose Serrano (D-N.Y.) have signed on to the plan, as have a group of incoming House members including Ocasio-Cortez, Rep. Deb Halland (D-N.M.), Rep. Ilhan Omar (D-Minn.), and Rep. Rashida Tlaib (D-Mich.). While it is hard to imagine center-left politicians like Pelosi coming onboard without a fight, direct actions from groups like the Sunrise Movement are already gaining new converts to the cause.

The Green New Deal as outlined by Data for Progress makes a compelling environmental, economic, political, and moral argument. The only question that remains is how long it will take for politicians, so used to pocketing money from fossil-fuel companies and utilities, to get on board