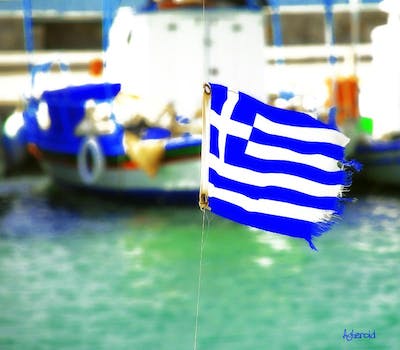 The man who refined Valve’s digital economies is about to tackle his greatest economics puzzle to date: Greece.

Gabe Newell originally tapped Varoufakis in 2012 when the managing director of video game development noted a curious parallel between Steam’s virtual markets and Greece’s tempestuous relationship with the Euro.

In both situations, local currencies and markets are inextricably linked to greater trends in the behavior of their respective “virtual” currencies. Valve’s in-game items, for example, gain and lose value based on the willingness of players to surrender virtual currency—real cash—for perceived utility. The factors affecting this behavior, however, are external to the Valve item markets. This presents a puzzling challenge for developers who wish to balance aspects of the game against circumstances beyond their control to stimulate trading markets.

Greek markets, much like Valve’s item markets, have also demonstrated an unavoidable (and sometimes detrimental) connection with a virtual currency. The Euro, which is also influenced by a myriad of factors external to the Greek market, poses the same challenging scenario, forcing the nation’s law-makers to solve national problems while navigating the ebb and flow of factors beyond their control.

According to a blog post created during his time at Valve, Varoufakis brought “together lessons from the political economy of our gamers’ economies and from studying Valve’s very special (and fascinating) internal management structure.” In other words, Varoufakis essentially managed a tiny, independent, and politically complex video game economy two years before taking the position in Greece.

The difference in Greece, of course, is that Varoufakis will have to balance conflicting political ideologies while rebooting the country’s economy. Still, one can hope that he will have learned some valuable lessons from his time at Valve. He’ll need all the help he can get in a country whose web of civil unrest and economic frustration will take more than hats to unravel.