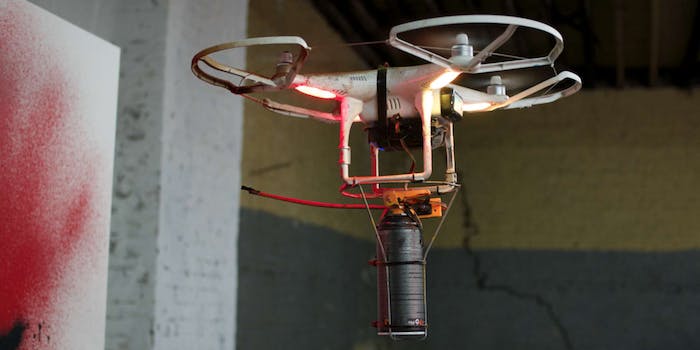 The graffiti drone is every billboard’s worst nightmare

Tag up the city remotely.

Advertisers and brands, beware: Your billboards will never be safe again. A paint-wielding drone by the name of Icarus is here to help graffiti artists reach new heights and tag their names on surfaces previously untouched by their vandalism.

The open-source drone project has been in the works since last year. It was first shown off at the Silicon Valley Contemporary Art Fair held in the Hole gallery in New York City. Controlled by self-described “artist-vandal-hacker” KATSU, who also conceived of the device, this drone was used to tag up every surface of a room—from canvases on the wall to the chairs, rug, and TV set of the mock living room in the middle of the display. 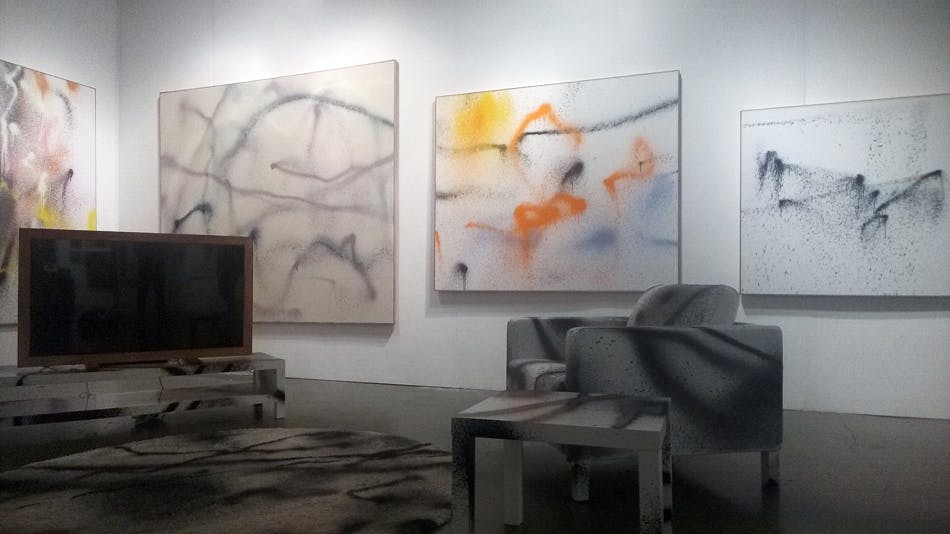 KATSU has taken the drone out of the art studio and into public, directing the nozzle of the spray can at a new target: Kendall Jenner. Well, at least a really big picture of Jenner: A six-story billboard for baring the model’s image as she poses in a pair of Calvin Klein jeans hangs from Lafayette and East Houston St. in New York City.

The huge, unscalable image is now marked with the work of KATSU. The artist tagged the image in red paint, scribbling lines across Jenner’s face.

The team behind the Icarus drone have published the complete steps to building a drone on their website. If you have access to a 3D printer, soldering tools, and experience programming for Arduino, you can build a paint drone of your own to mark up whatever you feel deserves it. For everyone else, it’s possible to purchase a completed model from Project Icarus.

No matter which route you take, it won’t be a cheap purchase:  The base drone used for the project is the Phantom 2, which retails for $499 on its own.