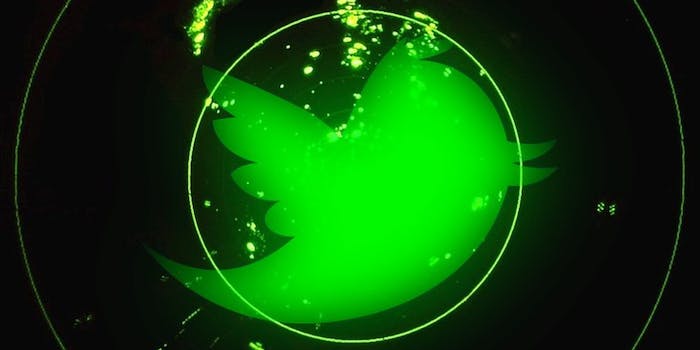 Which government accounts are still tweeting through the shutdown?

Although government employees aren't supposed to be working right now, many of them continue to tweet.

The U.S. government shutdown has put 800,000 federal employees and contractors temporarily out of work. While “essential” personnel still have to report for duty, furloughed workers are actually legal forbidden to perform job-related tasks until the government can pay them again.

According to the Anti-deficiency Act, passed in 1884, workers who get any official business done during the shutdown could face fines or imprisonment. That means there’s no one to run the .gov websites that provide the public with online services, such as the FTC or DOJ, which have been indefinitely suspended.

HealthCare.gov wasn’t suspended, but it experienced its own uptime issues. During the first day of “Obamacare” enrollment, millions of Americans flooded the website, repeatedly causing it to crash.

We’re working to fix these issues as soon as possible. Thanks for your patience (2/2)

Many departments in the U.S. government rely heavily on social media for direct communication with the public. Some of them made announcements to the public regarding their services being suspended. Federal employees in some departments were reportedly instructed to refrain from checking their emails or even their phones until the shutdown ends.

https://t.co/53PqVUaa9s is taking a (hopefully short) break from Twitter. Thanks for understanding, and we hope to tweet more resources soon!

We’ve signed off for the shutdown. In a public health emergency, CDC can call back responders to keep us safe and healthy.

We’re sorry, but we will not be tweeting or responding to @ replies during the government shutdown. We’ll be back as soon as possible!
— US Dept of Education (@usedgov) October 1, 2013

Unfortunately, due to government shutdown we will not be tweeting or responding to @ replies. We’ll be back as soon as possible! #healthdata

We’re sorry, but we will not be tweeting or responding to @ replies during the government shutdown. We’ll be back as soon as possible!

Due to the shutdown, will not be posting new updates or responding to Qs until normal operations resume. Thank you for understanding.

Other government Twitter accounts, such as @FluGov and @womenshealth, have either stopped tweeting or replaced their bios with messages informing the public that they’ll return soon. Even Homeland Security hasn’t tweeted since last Friday, when they encouraged the public to follow their 7 other accounts:

Due to Congress’s failure to pass legislation to fund the govt, this account will be inactive. Follow @WhiteHouse for updates. #Shutdown

Due to Congress’s failure to pass legislation to fund the govt, this account will be inactive. Follow @WhiteHouse for updates. #shutdown

But other White House staff have remained online and continue to discuss shutdown and healthcare business:

According to reports, 2 House R votes away from a majority to re-open the government. Will Speaker Boehner allow the House to work its will?

Americans to GOP —> Knock it off & move on: Majority believe GOP should drop demands to sabotage #Obamacare & raise debt limit in CNN poll

The Department of Defense, was business as usual, tweeting about matters unrelated to the shutdown—military personnel continue to work and get paid thanks to a bill signed by President Obama. Various other government accounts have continued tweeting throughout the shutdown as well.

We will continue to evaluate trips to #Indonesia and #Brunei based on how events develop throughout the course of the week.

#SecDef in Seoul at Change of Command for US Forces Korea. Reaffirms strength of the alliance, shared resolve to fight tonight if necessary.

Stood with House Dems to #DemandAVote on Senate-passed CR that honors our responsibilities and ends #GOPshutdown. pic.twitter.com/dzmDN2nxB5

Many of the employees responsible for keeping up the U.S. government’s appearance online may be away from their desks and out of a paycheck, but at least some local businesses have stepped forward to help feed them and get them drunk.