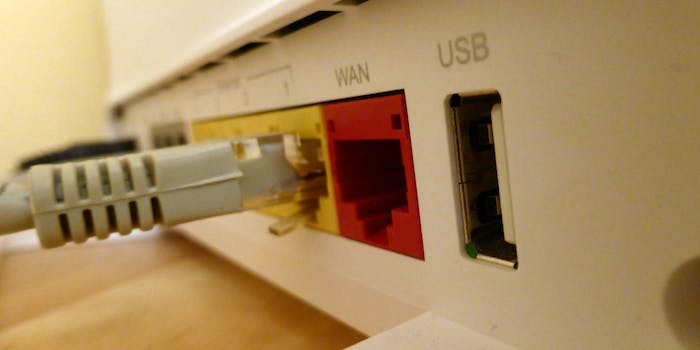 Data caps are a long-term bet for broadband providers

Here’s some breaking news: Americans hate data caps on their home Internet. According to a report by the Government Accountability Office, everyone dislikes the tiered model broadband providers have transitioned to, while most people are okay with this same system for their wireless plans.

The report shows that people don’t want to have to worry about going over their data cap at home, and expect ISPs to use data caps as a way to increase their bills as data usage increases. The numbers show as people drop cable, their data usage increases dramatically, up from the 29GB a month on average to 212GB a month, according to Sandvine.

Comcast, the nation’s largest ISP is currently testing a tiered plan with a 300GB data cap. For every 50GB you go over the cap, Comcast charges you $10. AT&T U-Verse has a 250GB data cap, while the basic AT&T high-speed Internet only has a data cap of 150GB. This may not seem like an issue if the median American is only using 29GB a month, but over the next few years, data consumption will grow considerably.

Netflix alone can eat up a large chunk of your data allowance, with an hour of 1080p streaming consuming 5GB per hour. As 4K TVs become more prevalent over the next few years, video streaming services (Netflix, Hulu, etc.) will continue to expand their 4K offerings and this will take up considerably more data.

Gizmodo calculated that 4K streaming currently uses nearly 19GB per hour, or 200GB if you watched the entire series of House of Cards. Even new compression tools like the h.265 codec—which still hasn’t been implemented in many consumer products yet—can only slow 4K video data consumption down to 7GB an hour.

So yes, you should be upset by data caps on your home Internet. The main reason people are fine with wireless data caps is because they have Wi-Fi at home they can connect to and use to their heart’s content. As we inevitably consume more data, that won’t be the case with the current setup.

ISPs are playing the long game, hoping that consumers get used to paying for their home Internet on tiered plans before data usage jumps. If ISPs succeed, American broadband will get worse than it already is, and their latest avenue of screwing up the Internet will do more to limit access than anything they have previously attempted. It would force students and low-income Internet users to limit their Internet usage, turning the Internet—now a necessity—into a luxury.

These days, it seems like the companies who exist to give us access to the Internet really, really hate doing it.