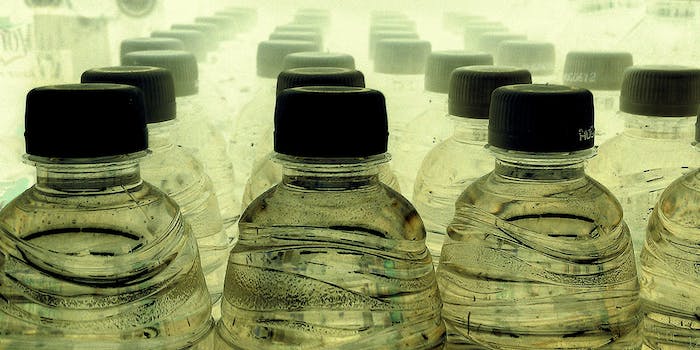 That’s 10 months before Snyder claims he became aware of the crisis.

So much for that email dump.

The emails, obtained through a Freedom of Information request, reveal that Michigan’s former Department of Environmental Quality Communications Director Brad Wurfel wrote to Harvey Hollins, Gov. Snyder’s director of urban initiatives, about the suggested link between the unusual rise in Legionnaires’ disease cases in Genesee County and the timing of the switch to Flint River water.

The suggestion was originally drawn in another series of emails between Stephen Busch of the MDEQ and Jim Henry, environmental health supervisor of the Genesee County Health Department. The emails were then attached to the correspondence between Wurfel and Hollins.

In the original set of emails, Henry wrote to multiple Michigan government and Flint city officials regarding a previous Freedom of Information Act request about testing in the city’s water distribution system. While at first unassuming, Henry went on to reveal his initial findings.

In an emailed response to Henry, Busch called his suggestion “premature and prejudice.” The email was carbon copied to Wurfel, who then sent the correspondence with his commentary to Hollins.

“The Genesee County Health Department has the responsibility to conduct illness investigations and consider all potential sources, this is not optional,” Henry wrote. “In 2014, Genesee County experienced a significant increase of confirmed Legionella illnesses relative to previous years. The increase of the illnesses closely corresponds with the timeframe of the switch to Flint River water. The majority of the cases reside or have an association with the city. Also, Mclaren Hospital identified and mitigated Legionella in their water system.”

“In December, our staff became peripherally aware that the hospitals in Genesee were seeing an uptick in Legionnaires cases,” Wurfel wrote. “[Henry has] made the leap formally in his email that the uptick in cases is directly attributable to the river as a drinking water source — this is beyond irresponsible, given that [it’s] his department that has failed to do the necessary traceback work to provide any conclusive evidence of where the outbreak is sourced, and it also flies in the face of the very thing a drinking water system is designed to do.”

Wurfel went on to write, “We think it would be highly unlikely that anything would be found around the plant, where the water is treated.”

On Gov. Snyder’s Facebook page, his office released a statement this evening standing by the assertion that Gov. Snyder knew nothing of the Flint water crisis until this January.

“When Harvey Hollins received the March email, he requested the DEQ look into the concerns, check with its experts, and get the facts,” said the statement. “If the concerns were determined to be credible, the director was to bring the issue to the attention of the Governor.”

There were at least 87 cases across Genesee County during a 17-month period, including nine deaths, but the public was never told about the increase when it was happening – even after an initial wave of more than 40 cases was known by early 2015.

View the full email correspondence below: