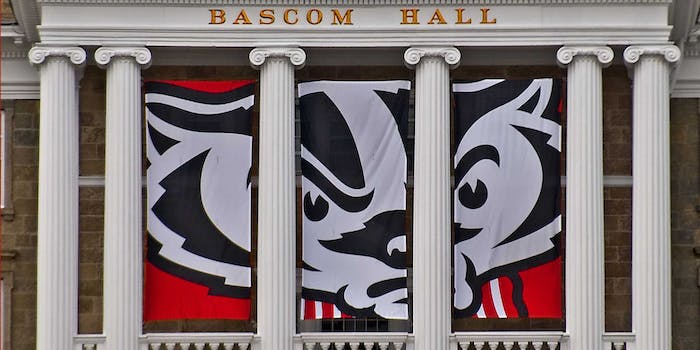 The bill is an effort to address free speech on campus.

Wisconsin GOP members are pushing a bill that would expel University of Wisconsin students if they disrupt on-campus speeches and demonstrations. The bill would also force campuses to remain neutral on hot-button issues.

The bill comes after conservatives worried that right-wing speakers are not given the same treatment as liberal speakers and presenters. In November, students caused a disruption at the University of Wisconsin–Madison when ex-Brietbart editor and conservative columnist, Ben Shapiro, presented.

Just this week, the University of California-Berkeley cancelled conservative pundit Ann Coulter’s speech after fearing that violence could erupt.

I’m very sad about Berkeley's cancelation, but my sadness is greater than that. It is a dark day for free speech in America.

The bill is an effort to address free speech on campus. In a news release on Thursday, one of the chief sponsors of the bill, Wisconsin Assembly Speaker Robin Vos (R-Rochester) said voices are being silenced all across the country and a university should not take sides. “Free speech means free speech for everyone and not just for the person who speaks the loudest,” he said.

School regents would have to adopt a policy requiring campuses to remain neutral on controversial speakers if the legislation passes. As for sanctions against students, the bill has not yet defined what constitutes “violent, abusive, indecent, profane, boisterous, obscene, unreasonably loud, or other disorderly conduct.”

The legislative piece would allow students a hearing and appeals if they were found to breach the rules. On the second interference with someone’s free expression, the student would be suspended or expelled.

The legislation stems from the conservative Goldwater Institute, and similar bills are being considered in five other states.