While the rest of the Western world commemorated the 70th Anniversary of the D-Day landings and the bringing about of the end of Nazi tyranny, Google was celebrating the life and times of a Japanese Go player on its Google.co.uk homepage.

The search giant realized its error and admitted to the Telegraph that the Doodle was not meant to be seen on the U.K. site, where it was visible Friday morning. Instead, the tribute to Honinbo Shusaku, a champion of the Chinese game Go who turned 175 years old Friday, was only intended for Google.hk and Google.co.jp.

Google soon rushed out a link to a page that contained a trove of links, historical documents, and other information on the D-Day landings. The link appears for users on Google’s homepages in the U.K., U.S., and France. 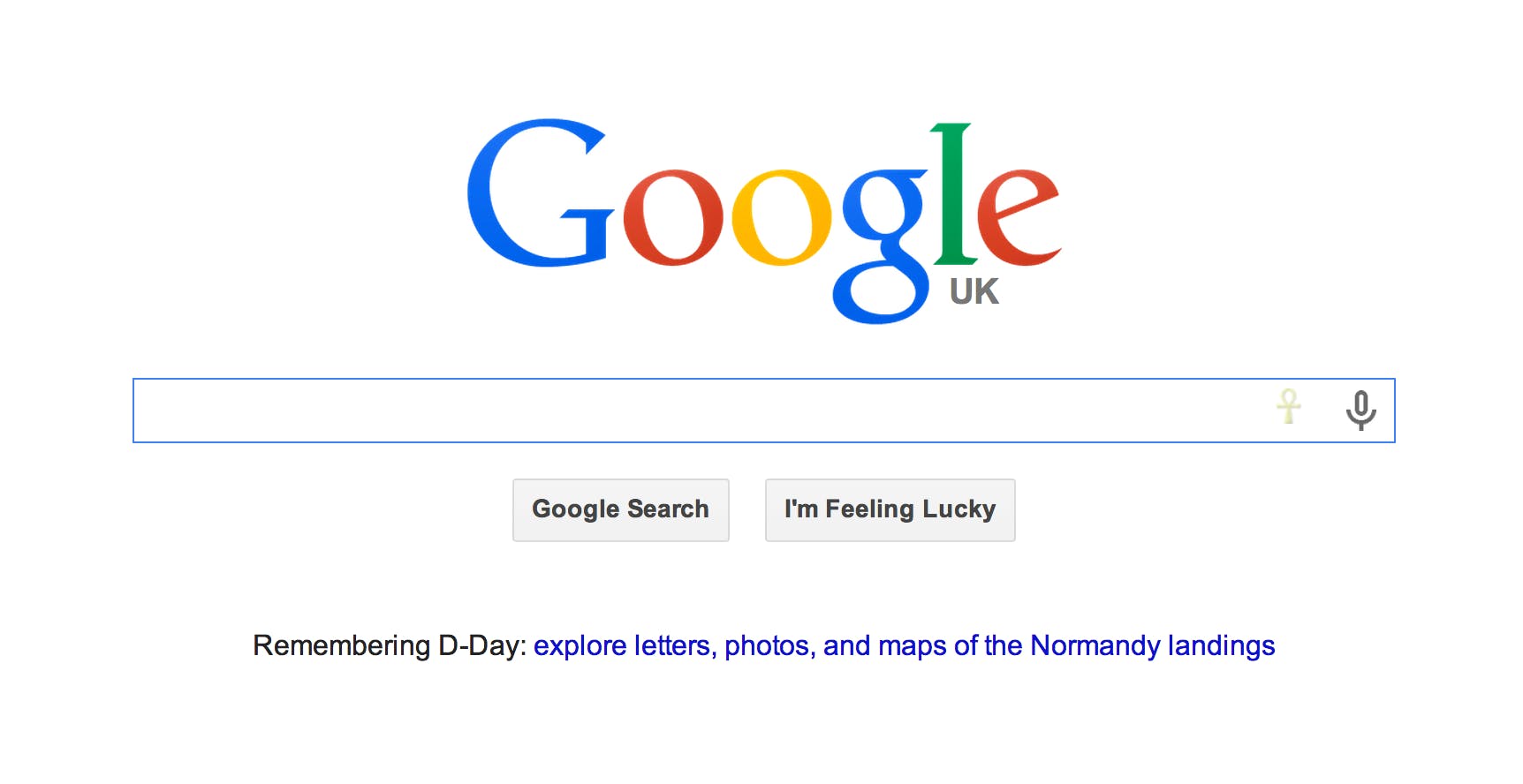 The D-Day page, which is part of the Google Cultural Institute, had always been planned, according to Google, and includes new content created with the assistance of French museums.

Despite the trove of D-Day history provided in the link by Google, the company has not, at the time of publication, rolled out a full Google Doodle, which the Internet company regularly uses to commemorate major holidays and other events, like Thanksgiving, Mother’s Day, or something to do with the Rubik’s Cube.

Prior to the fix, many British Twitter users made their displeasure known to the omnipresent search engine.

I find it offensive that #Google has chosen to not commmerate D-Day today, just some random japanese guy who played Go. Shame

Does https://t.co/rh839mX3jW suggest D-Day doesn’t loom large in Google’s memory or imagination? [Both UK & US display a link, no ‘doodle’.]

https://t.co/L0sT23U4DD is not carrying a D-Day doodle. Nothing hipsterish about death and bravery in the freezing English Channel, I guess

Photo via DVIDSHUB/Flickr (CC BY 2.0) | Remix by Jason Reed