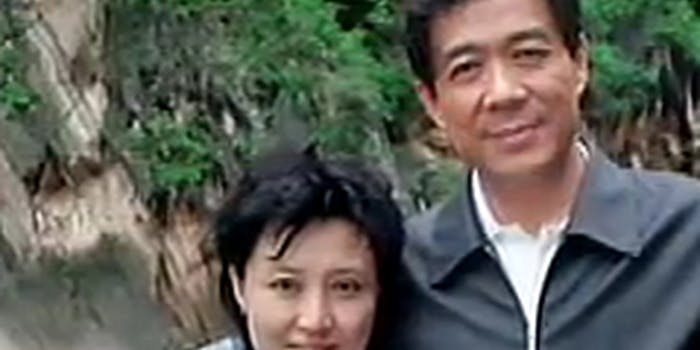 The surprising reason you can’t search for Google in China

Google is being censored as a search term on China's Twitter-like micrblogs. Here's why.

Search giant Google has become a piece of collateral damage in China’s online censorship war—a case of mistaken identity, it seems, as the country battles to contain talk of one of the most tumultuous domestic political events in years.

In Sina Weibo, the largest of China’s Twitter-like blogging services, the Chinese version of Google’s name, 谷歌 or “guge,” comes up blocked. It’s replaced instead with the generic message that replaces banned search terms: “In accordance with relevant laws, regulations, and policies, search results for “Guge” have not been displayed.”

Beijing-based lawyer William Farris first noticed the blockage on Wednesday, noting that other search engines, including Bing and Baidu (a domestic Chinese search engine), were unphased. He quickly issued an update, noting that the first character in Google’s name, “gu,” was also blocked. What was going on?

Like many Chinese characters, “gu” has more than one meaning: Valley, rice, millet. Most importantly, it’s a common Chinese surname, and, as Harris noted, just so happens to be the name of Gu Kailai, the wife of disgraced Chinese leader Bo Xilai. She’s also a suspect in the murder of British citizen Neil Heywood, who had allegedly threatened to expose the couple’s multi-million dollar, international money-laundering scheme.

China’s censors have been slicing any mention of the couple for weeks. Bo’s ouster from the party is easily one of the most tumultuous political events of the past two decades. He wasn’t just the former party chief of the 30-million city of Chongqing. He was also an ambitious and rising political star. Before his downfall, he’d hoped to join China’s politburo standing committee, the country’s most powerful political body.

So Google’s not blocked. It’s just a victim of censorship carpet-bombing.