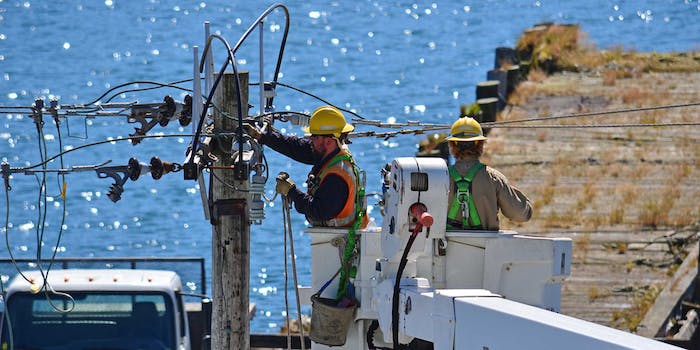 Balloons that are supposed to get people online just made a few homes go dark.

Let’s hope Google’s satellite retrieval program works better than its system for getting the Project Loon balloons back to Earth. According to the Yakima Herald-Republic, one of Google’s Internet-providing balloons became entangled in power lines in a remote area of Washington State, cutting the power to a small number of homes.

Each Project Loon balloon is equipped with a parachute to slow its landing in case of interference or malfunction. Pacific Power spokesman Bob Gravely, speaking to the Yakima Herald-Republic, noted that when utility workers arrived on the scene they found “what appeared to be a weather balloon with blinking lights entangled in the power lines.” Google did notify the Federal Aviation Administration that the balloon was landing, according to report.

Project Loon is currently being tested in Nevada alongside the initial test site in New Zealand. One of the earliest indications of Google’s battle with Facebook to create the world’s first worldwide Internet service, Project Loon’s future is up in the air after Google’s plans to put a network of 180 satellites into orbit to build out its global Internet service was revealed this week.