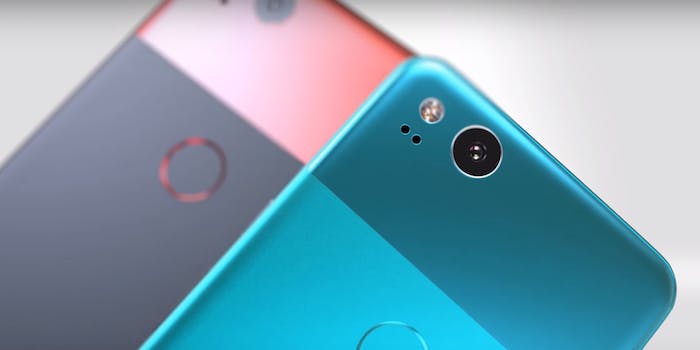 Google is expected to release the 'Pixel 2' this fall.

Google threw shade at Apple when it announced its Pixel flagship smartphone last year, including a quip in its promo launch video: “3.5mm headphone jack satisfyingly not new.” But iPhone users may have the last laugh if rumors about the upcoming “Pixel 2” are true.

Stephen Hall, managing editor of 9to5Google, said on Twitter he “got a tip” that the upcoming rumored Google Pixel and Pixel XL 2 won’t have a headphone jack. The rumor coincides with other somewhat unconvincing renders put together by case manufacturer Olixar showing a Pixel 2 case without a headphone cutout.

The initial reaction on Twitter has been a mix of raw anger and disbelief.

Why!? Beyond stupid. Literally my biggest gripe of my 7 Plus.

That rage manifested itself in some pretty killer memes.

A lot of folks said they’d pass on the Pixel 2 if the rumor is true.

I certainly hope you're wrong. If Google removes the Headphone jack from the Pixel phone, I won't be purchasing their device.

definitely won't be getting one then!

Shame. I was thinking of buying one until now

I've been waiting for the Pixel XL2, but if this turns out to be true then I'm getting a Galaxy 8S+ instead.

But before you make a knee-jerk reaction and run to the Samsung hills, do consider that these are very early rumors. In fact, Google hasn’t even given a date for its Google Pixel 2 announcement. What we do know is Google’s second in-house flagship smartphone is poised to give Samsung and Apple a run for their money when it’s (probably) unveiled later this year.

Google was not available for comment at time of press.