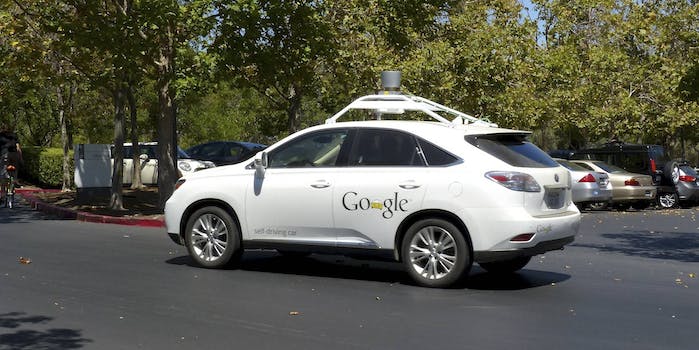 It's like Uber but you get paid to ride.

Autonomous vehicles may be the wave of the future for travel but for the time being, people still have a role to play. That’s why Google is offering $20 per hour to people willing to play passenger to its self-driving cars.

Residents of Phoenix, Az. looking for work as Uber drivers without having to pick anyone up will welcome the opportunity to apply as a self-driving vehicle operator for Google. The search giant is offering up the role, and $20 per hour pay, to anyone willing to watch from behind the wheel while the car runs itself.

The position requires the operators to “drive” for six to eight hours every day for five days a week. Operators are expected to monitor software systems inside the car with “constant focus” and provide “concise written and oral feedback” to the engineering team.

People interested in the position are expected to have a Bachelor’s degree, no criminal history, and clean driving record. There’s no indication as to why a degree would be required—Google doesn’t even specify what kind of degree they’re looking for—but it will surely serve to narrow the field of applicants.

Each autonomous vehicle sent on the road will contain two operators: one in the driver’s seat to take over should the car run into a bus like one did earlier this year, and one in the passenger seat who will watch software programs while filing reports on the vehicle’s performance.

The contract work through Google will last for between 12 to 24 months. It doesn’t offer much for longterm job security, but that’s a full year where you can search for full time work online while letting the car chauffeur you around.