Google Maps update gives Foursquare a run for its money

Google has unveiled its latest update to Google Maps on Android and iOS: the “Explore Nearby” button. Instead of having to head to the browser or a different app to find restaurants or activities in your area, Google is positioning Maps as your one-stop shop. 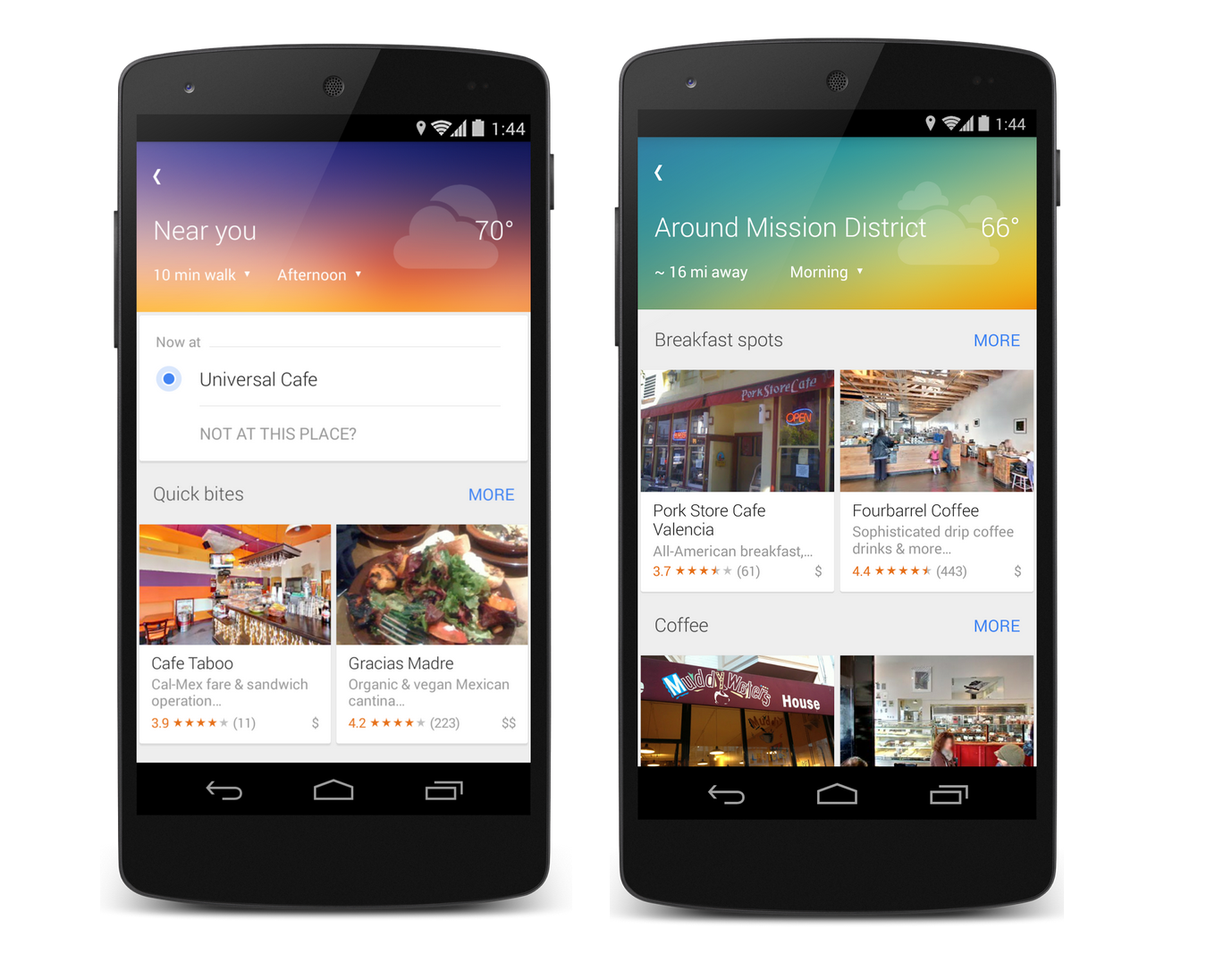 Explore adapts to different factors like time of day and weather to present different places and activities to you. What “nearby” indicates can be tweaked as well, as it can be anywhere between a five-minute walk or a 20-minute drive. The feature works while you look at other areas on Maps, allowing you to plan trips to different locations with more detail.

When Android users click on the My Location button that sits at the bottom right corner of the screen, it will give you detailed information like restaurant reviews and transit schedules at your current location. Explore will learn the more you use it and offer better recommendations as it learns your likes and dislikes. Other apps like Yelp and Foursqaure—which recently split its app in two to focus more on reccomendations—that can compete with Google Maps’ Explore feature don’t have the benefit of being the preeminent mapping and navigation app on Earth. Google says the Maps update will start rolling out this week.