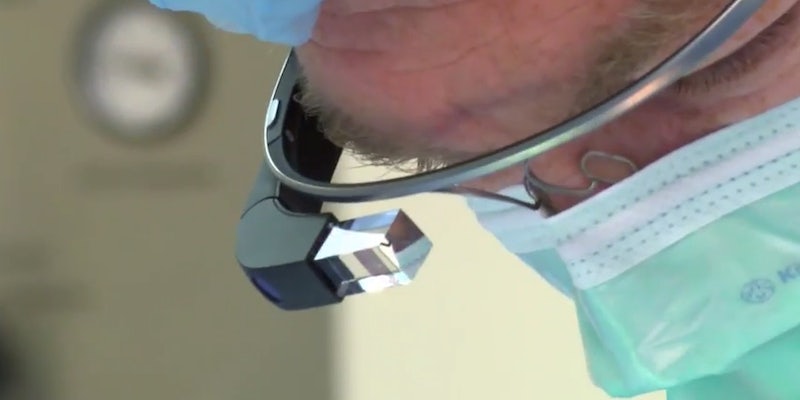 Google Glass is still in beta testing, but the product is already finding its place in the medical field: the operating room.

Google Glass is still in beta testing, but the product is already finding its place in the medical field: the operating room.

Dr. Christopher Kaeding, director of sports medicine at Ohio State University Wexner Medical Center, became one of the first people to livestream an operation with Google Glass on Aug. 21; Dr. Rafael Grossman previously recorded and livestreamed an abdominal surgery through a private Google Hangout in June..

A group of medical students watched the livestream as Kaeding performed surgery on the anterior cruciate ligament (ACL) on a 47-year-old woman. During the surgery, Kaeding consulted with Dr. Robert Magnussen, an assistant professor who watched from his office at Ohio State, about what he saw on the operating table.

To him, the new technology fit into the routine like it was second nature.

“To be honest, once we got into surgery, I often forgot the device was there,” Kaeding said in a statement. “It just seemed very intuitive and fit seamlessly.”

Kaeding teamed up with a colleague, Dr. Ismail Nabeel, for the surgery. Nabeel had applied through Google’s Explorer Program for Glass and was accepted as a tester.

Using Google Glass could change how doctors practice medicine. With a single command, they could “call up X-ray or MRI images of their patient, pathology results or reference materials, collaborating live, and face-to-face with colleagues via the Internet, anywhere in the world,” according to a statement by Ohio State.

Other doctors are cautious but optimistic as to how Google Glass can help the medical profession.

“We just have to start using it,” said Dr. Clay Marsh, chief innovation officer at Wexner Medical Center. “Like many technologies, it needs to be evaluated in different situations to find out where the greatest value is, and how it can impact the lives of our patients in a positive way.”