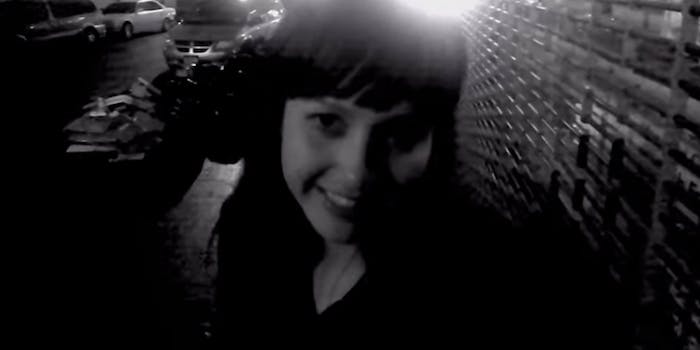 First dates are already sweaty-handed nightmares, but throw Google Glass into the mix, and they can only get worse. Why allow this person you barely know to record, photograph, and otherwise monitor you while you struggle to make small talk and quips? Why continue dating someone who insists on wearing high-tech headgear while you’re supposed to be getting to know one another?

In a video shot on Google Glass, filmmaker Boonsri Dickinson swapped Glass on and off with her date.

The video is awkward enough to make you want to cancel your Tinder account, but it’s fictional, an experiment by Dickinson (who is a filmmaker) into using Glass as a recording device for film. So don’t feel too bad for her date when she tells him she already has a boyfriend… it’s not real.

It is an example of Glass’ promise as a way to create films shot from the perspective of the characters, though. The wearable tech provides an intimate shooting style, and it’s not nearly as shaky as you might assume. This video provides a teaser for what other auteurs could do with the tool.

Using Glass to actually record your dates, of course, remains a terrible idea.