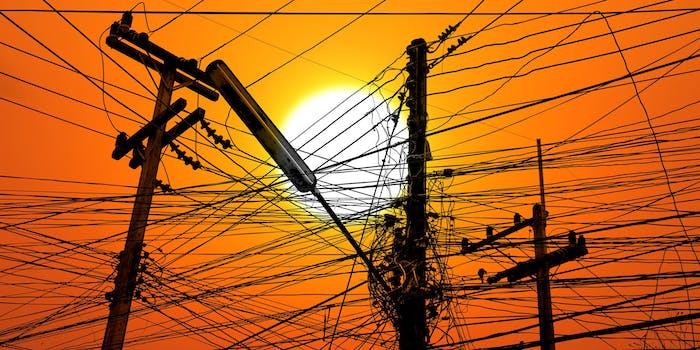 During an election year it is easy to forget that America’s divides are not just partisan.

Though we’re decades into the Information Age, a wide gap persists between the digital haves and have nots. Google Fiber marks one attempt at addressing the fissure, but its shortcomings are mixed up with the greater complications of equalizing internet access, and that’s a difficult knot to untangle.

According to a 2015 White House assessment of U.S. census data, “The most affluent … generally have home internet adoption rates of 80 to 90 percent, while [those] with the lowest median incomes have adoption rates of around 50 percent.” Within those statistics exists another stark discrepancy: “Black and Hispanic households are … 16 and 11 percentage points less likely to have an Internet connection than white households,” respectively.

Those on the front lines of bridging the digital divide say that the overwhelming lack of options significantly contributes to the disparity. “There are millions of Americans that only have one option for broadband if that,” Jessica González, executive vice president and general counsel at the National Hispanic Media Coalition (NHMC), tells the Daily Dot by phone. The result: The provider with the monopoly or near-monopoly can freely set the price and quality of its product.

For this reason, González believes Google Fiber can bring about positive change. “Competition is good,” she says. “It drives down prices and forces the incumbents to provide faster service for less.

“Our kids are being asked to conduct the majority of their assignments on the internet, job applications are online, certain health programs are only available online, in certain states you can only apply for public benefits online,” she continues. “Today, the internet and broadband are a necessity.”

“I don’t think any one company can fix this problem, that’s why we want to see far more companies participating.”

Google Fiber first launched its high-speed internet in Kansas City in the summer of 2012. The following September, just two days before the deadline to sign neighborhoods up for access, a startling image began to appear. The western side of the city that housed the affluent, white neighborhoods had already exceeded the quota. Meanwhile, the eastern half with the lower-income, majority black neighborhoods had yet to meet it.

A big reason for the division: The process of just signing up proved to be a big obstacle for those on the unserved side of the digital divide. There were a slew of requirements, including a $10 deposit and a credit or debit card, both of which are challenging for low-income and underbanked areas. Despite what the obstacles may suggest, Google did not swoop into Kansas City blind.

The company conducted a survey before its southern arrival and found that about 25 percent of the city had no internet access. “[Signing up also] requires people to educate themselves as to the product,” Christopher Mitchell, director of the Community Broadband Networks Initiative, tells the Daily Dot by phone. “That in and of itself is a problem when people are leading very busy lives.” Not to mention the unserved residents don’t have a convenient way of Google-ing it for themselves.

While Mitchell says that Google Fiber’s chosen method of gauging neighborhood interest is problematic for low income populations, he concedes that other options may not be possible. “We do have evidence that when people sign non-binding [agreements] and they don’t even put a little bit of money into it, then they are more vulnerable to the incumbents,” he says. “The incumbents can come in and offer a lower price.”

When Fiber first launched in Kansas City, there was also a slow but free internet offering, though it also came with a $300 installation fee. That option is no longer available. Instead, Google began offering a new product to selected needy areas, which were chosen based on U.S. Census, Federal Communications Commission, and other data. It provides internet with a speed of 25 Mbps for $15 a month, without an installation fee.

“Google Fiber is committed to getting more people online,” a Google Fiber spokesperson tells The Daily Dot by email. “We recognize that there is no one-size-fits-all solution to closing the digital divide—that’s why we continue to tailor our work at the local level to address the unique needs of each community we serve.”

“Today, the internet and broadband are a necessity.”

Earlier this month, Google Fiber announced that it may expand its high-speed internet to Dallas, prompting a cascade of media coverage. If chosen, Dallas would join the ranks of six other cities, from Charlotte to San Francisco, that are in the project’s building phase. But with the slow rollout—Fiber is fully operating in just five cities since first launching in 2012—a large portion of the population will not reap its benefits.

While González and Mitchell agree that Google Fiber has promoted internet access, they also see the digital divide as a gnarled problem, one that even an improved Google Fiber could not fix.

“Though there are many thoughtful people at Google,” says González, “I don’t think any one company can fix this problem, that’s why we want to see far more companies participating.”

Mitchell adds: “We don’t expect General Mills to solve world hunger, but somehow we tend to think private companies will solve getting everyone internet access.”

Instead, they both champion other options.

Mitchell, for instance, worries that the hype that builds when the digital giant descends upon a city may cause residents to ignore the benefits of a local provider. “Whether [the provider] is public or private, if it is owned by the community, there is typically pressure on them to deliver a good product,” Mitchell says. “But when it is owned by someone who has no connection to the community, or can’t even find the community on a map, then the quality of the product tends to decline.”

González has a different focus.

In March, the Federal Communications Commission passed an order that, starting in December, will help low-income families pay for broadband. It is an extension and modernization of the government’s existing Lifeline program, which has provided discounts on traditional phone services to low-income families since 1985. But the world is no longer voice-only.

“Today, 39 million households qualify for Lifeline as it stands,” FCC’s Mignon Clyburn, who helped draft a proposal to expand the Lifeline, told CNET in March. “Of that number, 13.5 million have no internet access. Another 2.2 million have internet access, but it’s only through a mobile device.”

González is excited about the updated Lifeline program, which her organization has been advocating for for years. She says the federal program can make “a substantial difference,” but more must be done.

“We understand the challenges of getting poor people high quality internet is a multi-pronged effort and there is no silver bullet,” she says. “But we don’t want to accept second-class internet access for poor people because society expects them to have this tool, and so we need to arm them with the tools they need to succeed.”