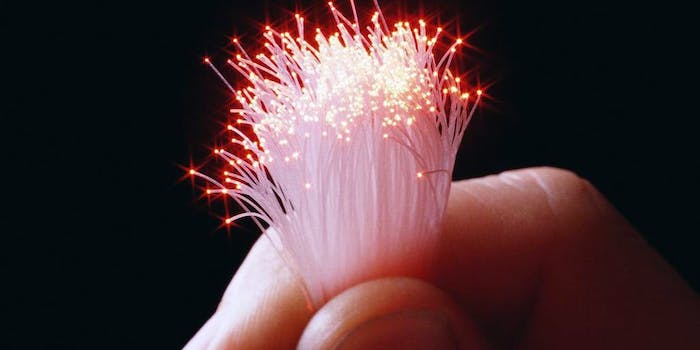 If you’re an Internet addict who dreams of ultra-fast network speeds, Google just announced something that could make you really, really happy—assuming you live in Irvine, California; Louisville, Kentucky; and San Diego; California. Those three cities are the new markets in which Google plans to explore the possibility of offering its insanely fast Internet service.

Internet technology is constantly evolving, but until something better comes along it’s clear that Google Fiber is the king of speed. With download figures as high as 1,000 megabits per second, it’s what every web junkie dreams about, and can provide HD movie downloads in just seconds, while improving virtually any type of speed-sensitive online activity. As Google notes in a lengthy blog post, the company notes that the cities were chosen based on a number of factors, including how enthusiastically the cities’ officials welcomed the possibility of a new fiber Internet provider. That said, nothing is guaranteed, and Google has not yet committed to actually offering the service in each of these three new testbed, at least not yet.

“To kick things off, we’ll work with Irvine, Louisville and San Diego to conduct a detailed study of factors that affect construction, such as local topography, housing density, and the condition of existing infrastructure,” Jill Szuchmacher, Director of Google Fiber Expansion, explains. “Meanwhile, cities will complete a checklist of items—such as providing a map of utility lines—that will prepare them for a large-scale fiber build.”

At present, just Austin, Texas; Kansas City, Missouri; and Provo, Utah have active Google Fiber Internet service. Salt Lake City, Utah; San Antonio, Texas; Nashville, Tennessee; Atlanta, Georgia; and the North Carolina cities of Charlotte and Raleigh-Durham are on the slate to receive it next, with only a handful of other locations currently in the running to be added later.