This guy bought Google.com for $12 and owned it for one minute

The holy grail of Web domains was up for sale for just a moment.

When it comes to recognizable Web domains, google.com pretty much reigns supreme, but for a few brief moments this week the search king lost control of its own Web address to a man who paid a measly $12 for it.

In a lengthy post on Linkedin, Sanmay Ved details how he ended up buying one of the most important domains in the world, and how he lost it all just a minute later. 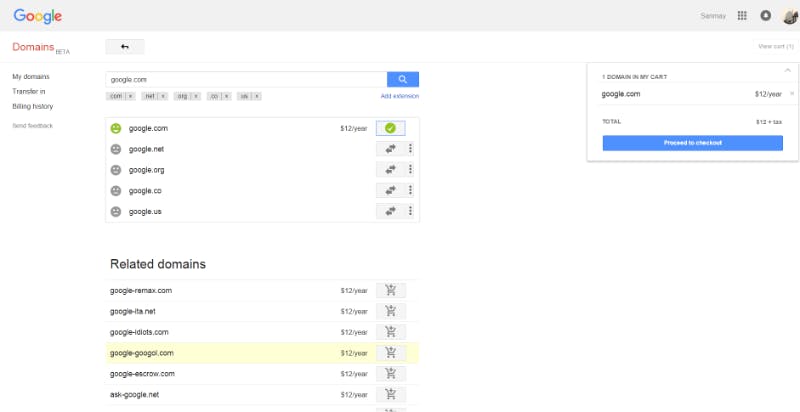 According to Ved, he had simply typed google.com into Google’s own domain search tool in order to get a feel for how it all worked, when he was met with the surprising offer to buy the domain for the same $12 per year price as many other, less recognizable addresses. Not believing his purchase would actually succeed, Ved went through with the payment.

Shortly thereafter, he gained access to webmaster notifications related to his new purchase, confirming the fact that he, for the moment, owned google.com. Unfortunately, his euphoria was short-lived.

Hot on the tail of his confirmation emails came a notice that his purchase had been retroactively cancelled. The email even falsely noted that his card had not been charged, when he had proof that his $12 payment had indeed gone through.

Ved’s tone throughout his explainer is very lighthearted, but some commenters are taking issue with the fact that Google, as the domain registrar in this case, seemed to use its power to cancel what was seemingly a confirmed transaction.