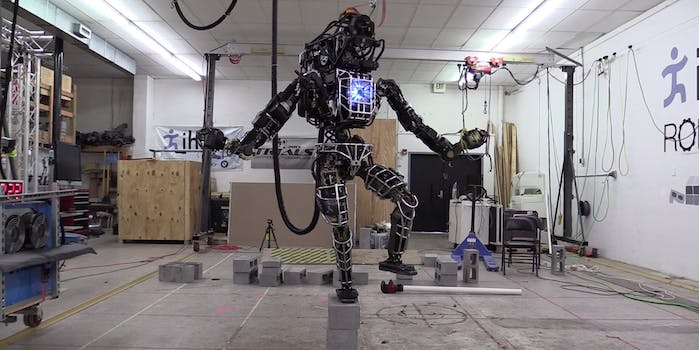 Google sure is trying hard to get us to like robots.

Google’s new robot “Ian” is the best around and nothing is ever gonna keep it down.

Ian will eventually shoulder the burdens of this risky, thankless work, but in the meantime, it’s having a little fun.

In a savvy move no doubt intended to disarm fears of a robot uprising, Boston Dynamics announced Ian in a YouTube video that showcases the robot’s acrobatic abilities. Ian performs a scene from The Karate Kid, channeling its inner Ralph Macchio in a demonstration that’s either breathtakingly beautiful or staggeringly terrifying.

Impressed? See for yourself how well it stands up to the original.