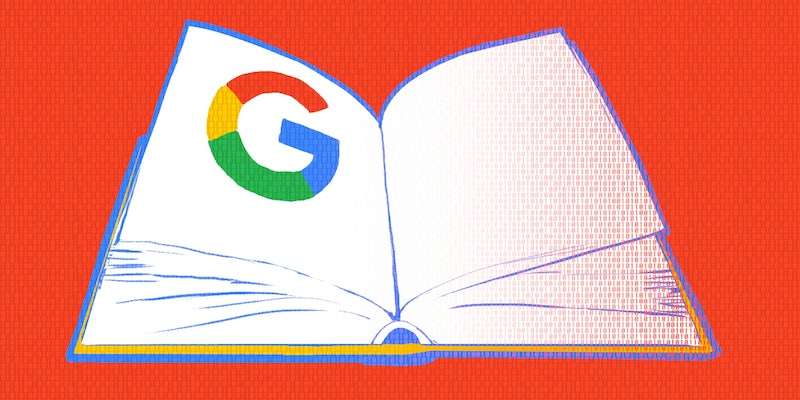 The Author's Guild, which brought the lawsuit, says it will ask the Supreme Court to weigh in.

The U.S. Court of Appeals for the Second Circuit ruled that Google‘s project falls under fair use, because the act of scanning books and making portions of their text available for searching is “transformative,” meaning that it changes the work without damaging the market for the original product.

It likely helped Google’s case that the majority of the books it scans are out of print.

The three-judge panel of the federal appellate court made it clear that their ruling was based on a serious consideration of the public interest at stake in the case.

“While authors are undoubtedly important beneficiaries of copyright, the ultimate, primary intended beneficiary is the public,” Judge Pierre Leval wrote in the court’s opinion.

“The overall result was not surprising, although ten years ago it might have been,” Rebecca Tushnet, a Georgetown University professor who teaches intellectual property and copyright law, told the Daily Dot. “I think the most interesting question is whether the Supreme Court might take an interest.”

In a statement about its legal victory, Google compared its Books service to a library, saying, “We’re pleased the court has confirmed that the project is fair use, acting like a card catalog for the digital age.”

But the Author’s Guild, an industry group with around 9,000 members that launched the legal back-and-forth with a class-action lawsuit in 2005, denounced the ruling in a statement.

“We are very disheartened that the court was unable to understand the grave impact that this decision, if left standing, could have on copyright incentives and, ultimately, our literary heritage,” the guild said.

Law professor James Grimmelmann, who directs the University of Maryland’s intellectual-property program, thought the Author’s Guild was out of its league.

It's hard to see this suit as anything but a debacle for the Authors Guild.

The AG could have walked away and cut its losses at any point, but, no, it just kept on litigating and litigating.

The Guild has asked the Supreme Court to weigh in, but given how many petitions the high court receives every year, the justices would have to identify a compelling reason to take the case, and the odds are slim that it will do so.

Asked whether the Supreme Court would take the case, Tusnet said, “Probably not.”