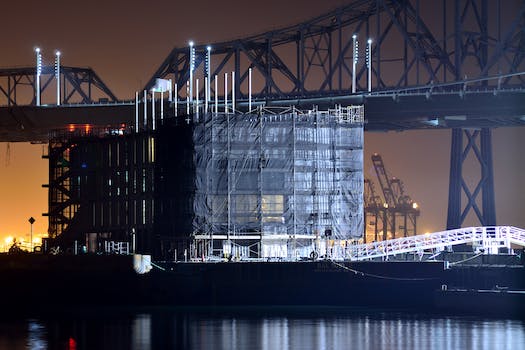 Google pulled its barges because they were a huge, floating fire hazard

Google's barges could have been floating bombs

Google’s long-held slogan is “Don’t be evil,” but when some creepy looking barges showed up on both the east and west coasts of the United States last year, and it was discovered that they were Google-owned, that motto was thrown into question. The company eventually came clean and revealed that the barges were to be used as technology showrooms for various products, but then, just as quickly as they arrived, the barges disappeared. Today, thanks to a Freedom of Information Act request, we finally know why.

It turns out the massive floating structures situated atop huge fuel tanks were a bit of a fire hazard, and the Coast Guard wasn’t ready to deal with a huge floating fireball filled with screaming tech enthusiasts. “These vessels will have over 5,000 gallons of fuel on the main deck and a substantial amount of combustible material on board,” reads one Coast Guard email obtained by the Wall Street Journal, making it abundantly clear why bringing people to the barges would be a bad idea.

Issues regarding evacuation procedures for disabled people and limiting the number of visitors allowed on board each barge at any given time were also raised, and eventually it seems that Google decided the ships were just more trouble than they were worth, leaving the project dead in the water (pun definitely intended). The ships themselves were eventually docked in out-of-the-way locations and at least one of them has already been sold off entirely.

Coast Guard officials eventually came to regret agreeing to a non-disclosure agreement with Google regarding the barge project, bemoaning the fact that they didn’t seek legal advice ahead of time. It seems being relentlessly hounded by the press over the presence of the ships—and not being able to say anything about them—began to whittle away the Coast Guard’s patience.

It’s actually kind of a shame that this all ended the way it did, as the idea of a huge floating gadget testing booth and retail store for everyday tech lovers sounds like a pretty awesome idea. Unfortunately it looks like Google overstepped a bit this time around by failing to consider all the red tape involved in sending average citizens to what could essentially be considered a floating bomb. Lesson learned!