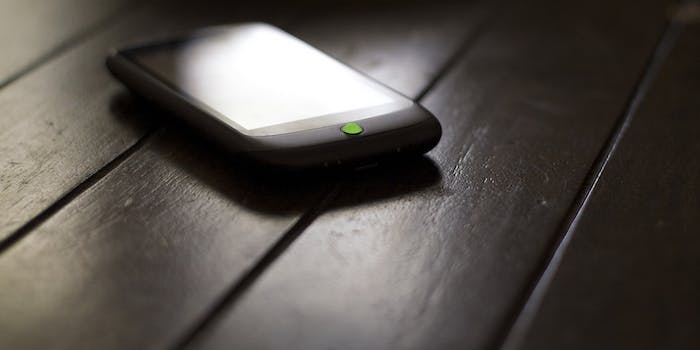 Everybody wins—unless you can't update your phone. You lose.

Google has announced that encryption will be enabled by default in the next version of its Android mobile operating system.

A company spokeswoman told the Washington Post that “encryption will be enabled by default out of the box” in the “next Android release.”

Although the announcement comes just days after Apple promised a similar level of encryption in iOS 8, Google said that it made this decision several months ago.

Encryption has been available to Android users since February 2011, when Android 3.0 Honeycomb launched on tablet devices. Until so-called “Android L,” however, this encryption was disabled by default. This meant that the user had to know about, locate, and enable the feature manually in order to safeguard their data from law enforcement or other prying eyes.

Google’s move is the latest example of technology companies sticking it to the National Security Agency (NSA), which broke into the servers of Google, Yahoo, and other companies in classified surveillance operations that were disclosed last year by Edward Snowden.

Joseph Lorenzo Hall of the Center for Democracy & Technology told the Post, “It’s so awesome, as someone who has worked on these issues for a long time, to see these two companies switch their defaults to where these things will be strongly encrypted, and rightly so.”

Apple’s announcement early Wednesday morning promised that “it’s not technically feasible for us to respond to government warrants for the extraction of this data from devices in their possession running iOS 8.” That doesn’t mean that iPhones are impervious to government intrusion. There are still other ways for the authorities to access the data.

The iOS exploits that remain available to law enforcement all involve iTunes, which Apple device owners use to sync their phone or iPad with their computer. Android phones do not require this type of sync to transfer data between devices.

Apple’s advantage over Google in the push for widepsread mobile data encryption is that it pushes iOS updates to all of its hardware customers, while Android software updates come from cellphone carriers who frequently delay the deployment while adding bloatware to the OS.

Google announced Android L at the Google I/O developer conference on June 25, 2014, but has not given the version a dessert-themed name or a target release date.