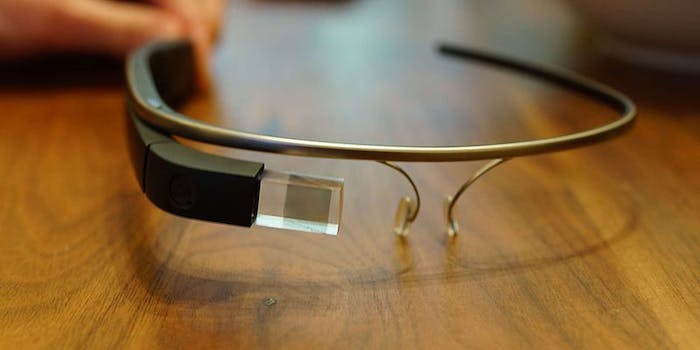 Can Google solve its Glasshole problem?

Google has to navigate the choppy waters of social etiquette to avoid having its flagship product become a Segway for your face.

It’s no secret that Google has a ?glasshole” problem.

In the months since the Silicon Valley behemoth rolled out the wearable computer’s public beta test last year in the form of the Glass Explorers program, the biggest issues raised have been of a social nature rather than technological.

At the South By Southwest Interactive festival, the concentration of people wearing Google Glass is probably higher than anyplace else in the world, save for maybe an actual Google office. Judging from the conversations that took place at a handful of panels about Google Glass at SXSW, it’s easy to come to the conclusion that much of the friction between Glass users and world around them—specially when it comes to personal privacy—was not only inevitable, but also built into the structure of the Glass Explorers program itself.

Questions of individual privacy aren’t the only social issues Glass Google is dealing with. In many ways, Glass has come to represent something the company clearly never intended. It’s become a physical signifier of what many see at the worst traits of the tech portion of SXSW itself—encapsulation of a wealthy tech elite increasingly willing to ignore the concerns of ordinary people in pursuit of idealistic notions of ?progress” that just so happen to dovetail with their own personal economic gain.

But Google is practiced at helping us adapt to things that at first seem very uncomfortable. The company will likely be able to navigate the currently choppy waters of Glass and social etiquette. Eventually, people on each side of the camera will accept it.

But the second problem is a more complicated one. The solution to stopping the class war ship from sailing may ultimately be a Catch-22. The only way to prevent Google Glass from being seen as a toy exclusively for the one percent is to have adoption of the technology become ubiquitous. However, if everyone sees Glass as the exclusive province of rich, out-of-touch “techies”—effectively a Segway for your face—then not enough people will want one. Establishing a critical mass and removing the stigma is Google’s largest challenge.

To understand how Google got itself into this position, it’s important to note exactly just who it is that currently has access to Glass. There are Google employees (naturally) as well as third-party developers working on making apps for the platform, and then there are the Glass Explorers.

The Explorer program is basically a public beta test where Google gave out a whole bunch of Glass units to various people with the instructions that they report back to the company about their experiences. This sort of thing happens in some form or another with virtually every tech product on the market because it allows the creators to get feedback about what needs improvement before sending their inventions out into the wild.

This public beta testing has been pretty ingenious. In February of last year, the company held a contest on Twitter where it invited people who wanted to get their hands on Glass to compose a tweet about how they would theoretically use it. Google picked the best ones—or at least the ones that would give them both the widest variety user experiences while also maximize the product’s visibility. The company then did something very important: It made those people shell out $1,500 for the privilege of helping it work out all of bugs.

Having the beta test be both exclusive (in a way that was highly public) and attached to a price tag changed the project’s whole psychology. The exclusivity yielded a certain prestige in being invited to participate in the first place. The Explorers get to feel like they’re in a special club blessed by the coolest company in America. In addition, adding the $1,500 requires participants to make not only a financial investment into the program, but also an emotional one.

For the nerds most likely to sign up for the Explorers program in the first place, the combination of those two things is like manna from heaven. Structuring the program in this way allows Google to get two very different things out of the beta test: It’s finding new bugs in its product well before it’s released to the unwashed masses and creating an army of passionate, tech-savvy advocates more than willing to preach the gospel of Glass to anyone who will listen.

At a SXSW meet-up of Explorers, Glass users rhapsodized about the product’s world changing potential. People talked about how it actually allowed them to more meaningfully engage with the world around them while still being plugged into their own personal online spheres because Glass lets wearers do much of what they traditionally did on their smartphones without having to gaze down at a small, glowing rectangle. They theorized how Glass could revolutionize the healthcare field by allowing doctors from all over the world to collaborate on surgeries in real time. One Explorer with physical disabilities recounted how having Glass has made many of the daily functions of his life immeasurably easier. Another talked about how Glass could be used, ?in the bedroom,” but pretty much left it at that level of detail.

Everyone who spoke said almost all of their interactions with other people that occurred while wearing Glass were uniformly positive. The most contentious encounters involved someone politely insisting they take their unit off in a particular location or asking if they were being recorded. Far and away, they said, the most common reaction was something along the lines of, “That’s cool! How does it work? Can I play with it?”

No one reported anything remotely close to what happened when patrons of a popular San Francisco watering hole didn’t like that tech writer Sarah Slocum wouldn’t take off her pair. The resulting physical altercation that ensued was highlight documented, and went viral.

While no one described anything like this happening to them, there was a vague sense of beleaguered nervousness. Everyone there seemed well aware of the negative stereotypes associated with Glass wearers.

?I’m always insecure wearing Google Glass,” said discussion moderator Mark Horvath, the founder of a non-profit that uses technologies like Google Glass to tell the stories of the nation’s homeless population. ?Even right here, in a room full of other Glass Explorers.”

Horvath was half-joking, but others echoed his sentiment.

Serena Ehrlich, the director of social media at Business Wire and Hovarth’s co-moderator for the discussion, pointed to Google’s recently released etiquette guide for Glass Explorers as evidence that conversation about how people use it is an ongoing process. ?Everything in there is really all common sense,” she explained. ?The goal is to convince people that this isn’t something to be afraid of.”

At a panel later in the day explicitly dedicated to looking at the social implications of wearable technologies like Glass, Google staff developer Timothy Jordan said that figuring how the social mores of how, when, and where it’s acceptable for people to use Glass was a core element of the Explorer program from the very beginning.

?At Google, the conversation about how Google Glass interacts with us [as a society] is one that we didn’t just want to have internally,” Jordan explained.

Limiting the public’s first experiences with Glass to come through the relatively small cadre of Explorers allows the company to figure out how to best navigate all of the cultural and privacy issues surrounding the product, while also getting people gradually used to the features inherent in Glass’s core functionality. Maybe it’ll become culturally unacceptable to wear Glass at the dinner table, inside of an art gallery, or at a place of worship. Part of the goal of utilizing the Explorer program was to have humans figure all of these questions out on a fairly limited basis before Glass officially hits the market.

While it’s clear that Glass users are going to have to adapt to societal norms at large, it seemed as though an even more prevalent message was that society was just going to have to deal with a new, Glass-powered reality.

Perry Fair, president of the media company Deeplocal and one of Jordan’s fellow panelists, explained that the main reason why so many people are uncomfortable with Glass being worn in public settings is that it gives its wearers the ability to covertly bring online a representation of anyone with whom they interact without necessarily giving that person any form of notification or first asking asking for their consent.

There is a bit of social push back to this digital, online person that we curate…People don’t like Glass because if someone else puts you into their digital world without your content, you lose the ability to control that aspect of your online identity. Wearable tech puts a more honest version of yourself into the digital world [because you don’t have the ability to curate it]…There are people who get viscerally upset when they get included in something that they don’t want to be included in.

Essentially, it disempowers people to control their or curate certain aspects of their own online identities.

?The truth is that there’s a lot more videotaping going on on the streets of Austin than is going on with Google Glass,” Ehrlich insisted. ?People just need to get comfortable with the idea that if you’re outside what you do isn’t going to be private.”

It’s in statements like these where Google’s effort to have our culture reach a functional consensus on how we use Glass runs into a conflict with the overall perception of Glass uses. If the conversation happens in a way that’s healthy and organic, people will become more comfortable with Glass and the stigma will fade.

But if the standard line coming from this community falls closer to, ?You’re living in our world now, deal with it,” you can’t expect much change. The reaction, then, will just continue to be firing frustration at the greatest symbol of the industry’s hubris—Google Glass.