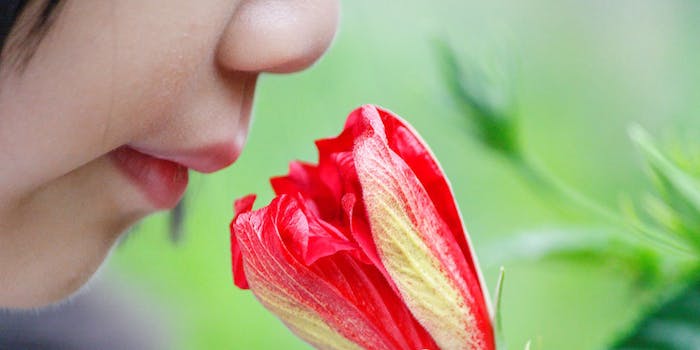 Google is training an AI to identify smells

Researchers want a neural network to classify smells based on their chemical structure.

Google is in the process of teaching an artificial intelligence (AI) to recognize smells based on their chemical structure.

In a paper released by the Google Brain Team this week, researchers outlined how they used what is known as a graph neural network, or GNN, to analyze the molecules in certain smells.

The researchers enlisted the help of expert perfumers and matched close to 5,000 molecules to specific identifiers such as “jasmine” or “sweet.”

The team used roughly two-thirds of the molecule dataset to train their neural network and then attempted to see if it could correctly describe the rest.

Incredibly, in what appears to be a major breakthrough, the neural network accurately categorized the remaining molecules.

Alex Wiltschko, who led the Google project, told Wired that he believes the research has “pushed the field forward.”

Despite the significant discovery and breakthrough, Wiltschko noted that the research comes with its caveats.

Firstly, a specific smell can be described in numerous ways depending on who you ask. One person may describe a scent as “woody” while another say it is actually “earthy.”

Wiltschko also pointed to the issue of Chiral pairs, which share the same atoms and bonds but are mirror images of each other. Chiral pairs are classified as the same by the neural network despite having totally different smells. So while the neural network might be right about something on a molecular level, it might get the scent wrong.

“We know we have chiral pairs in our data set, and we know we cannot possibly be predicting them correctly,” Wiltschko said.

Proper categorization also becomes difficult once smells are combined as well. But Wiltschko and his team appear to be up to the challenge to continue pushing the field forward.