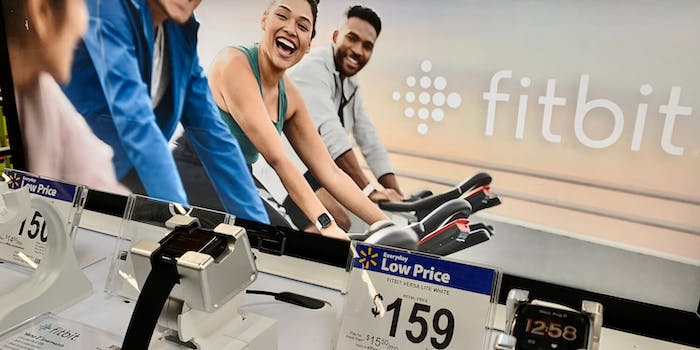 Google is buying Fitbit to dominate the wearable computing space

Google will buy the company in a $2.1 billion all-cash deal.

On Friday, Google announced it is acquiring wearable manufacturer Fitbit in a $2.1 billion all-cash deal. The deal is expected to close early next year, with the search giant paying $7.35 per share in the fitness tracking company.

In a blog post explaining the motivations behind the acquisition, Rick Osterloh, Alphabet’s hardware chief, said that the purchase of Fitbit would help with the development of Wear OS – Google’s smartwatch operating system.

“By working closely with Fitbit’s team of experts, and bringing together the best AI, software, and hardware, we can help spur innovation in wearables and build products to benefit even more people around the world,” explained Osterloh.

Founded in 2007, Fitbit is a pioneer in the wearable computing space. Although fitness trackers have existed in some form for decades (the first pedometer was invented in 1780 by a Swiss clockmaker called Abraham-Louis Perrelet), Fitbit was able to popularize the technology in a way that nobody else previously could.

Of course, within the consumer tech world, success is fleeting. At Fitbit’s peak, shares in the company were a sought-after commodity. In June 2015, it had a successful IPO with its stock price almost immediately soaring 50-percent from its public offering price of $20. A few months later, in August 2015, shares in the company reached $51, only to plummet to just $4 by October 2019.

During this period of time, the market fundamentally changed. Apple and Google collectively invested vast sums of money into their smartwatch ecosystems, producing genuinely compelling offerings in the form of watchOS and Wear OS, respectively.

Fitbit also faced downwards-pressure from fast-growing Chinese rivals, like Huawei and Xiaomi, who produced similar products that were, in many respects, equally capable. Why would you buy a Fitbit Charge when a Xiaomi Band costs a fraction of the price and fulfills virtually the same role?

And then there’s the fact that the market for fitness wearables was shrinking. Gartner data published earlier this week estimates that the global appetite for simple wrist-worn fitness trackers will slump by nearly $300 million between 2018 and 2020. Although Fitbit tried to diversify into more capable smartwatch-type devices with the Fitbit Versa line, there was an element of “too little, too late.”

In acquiring Fitbit, Google gets its hands on an ecosystem of users, many of whom use Fitbit devices as part of their health insurance package. That kind of vendor lock-in makes the company extremely attractive.

Of course, there’s more to it than that. Fitbit boasts over a decade of experience in creating wearable devices. That kind of experience will inevitably prove invaluable for Google, as it goes toe-to-toe with Apple in the smartwatch wars. Fitbit also holds a decent collection of patents and other valuable nuggets of intellectual property.

Google has promised it won’t use Fitbit health data as part of its targeted advertising. That notwithstanding, it wouldn’t be surprising to see the company eventually be assimilated into the Mountain View behemoth. As we’ve seen with other acquisitions, like Revolv and Bump Technologies, Google frequently strips its purchases for parts, rather than run them as autonomous entities under its umbrella.

Shortly after the news of the acquisition broke, the Information reported that Facebook also held talks to buy Fitbit, but was only willing to pay “roughly half” of Google’s $2.1 billion. Although this is indicative of Facebook’s growing aspirations beyond the social networking business, it’s also evidence that the future of personal computing is going to be precisely that – personal. And wearable devices will play a massive role in that.