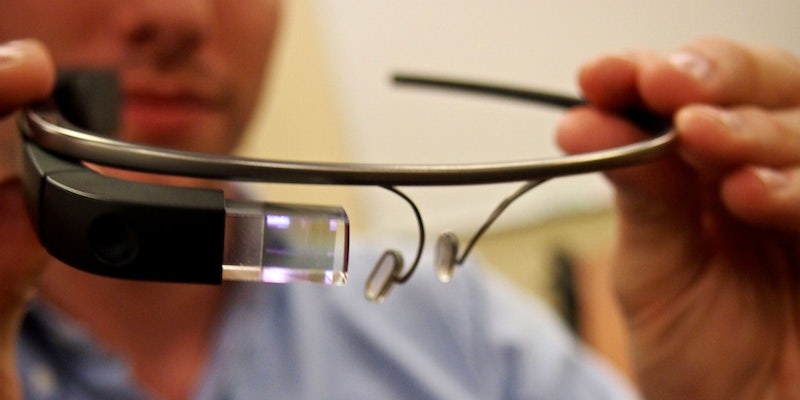 Beware the wrath of Glass.

After making a patron remove her Google Glass based on privacy concerns from other eaters, an NYC restaurant’s online ratings plummeted when other Glass users decided to spam Google with negative reviews.

Feast, an East Village eatery that specializes in modern American cuisine, has been around for more than a year, and the reviews have mostly been warm. New York Magazine called the food innovative, and the atmosphere communal and fun. People gave high marks on Yelp, giving the restaurant a four out of five star rating.

Last week, Feast started getting a torrent of angry one-star reviews on Google.

Feast’s backlash stemmed from a single incident: They asked a customer to remove her Google Glass during brunch. The restaurant told East Village blog EV Grieve they’d done the same thing to another patron in the past, and he quickly consented. This time around, things didn’t go as smoothly. Startup CEO Katy Kasmai was not happy. She went on Google+ after the brunch and vented.

Kasmai’s 3,000 Google+ followers, many Google Explorers, were irate. They left a torrent of vicious reviews for the site. As Feast told EV Grieve, they investigated their negative reviews, and saw that most had come from people who followed Kasmai.

“When the first thing that comes up when you search Feast in Google is a 3.1, it can really hurt a restaurant like us. Then you have 13 people, which is about half the total reviews, who have never been to our restaurant, let alone live in NYC, leave you one-star reviews … it’s malicious and technically a violation of Google’s own terms for leaving reviews,” Feast’s manager told EV Grieve. “Again, I can understand her leaving the one-star based on her experience, but 12 others with no experience on who we are or what we do is unfair.”

When you Google a name of a restaurant, the Google review results come back on the first page, so this kind of campaign can be incredibly damaging to a reputation. Feast tried to explain their policy was based on making other patrons comfortable on Twitter, but Kasmai wasn’t having it. She offered to come in and give the staff a tutorial on how to use Glass so they could address other patrons’ concerns.

@KatyKasmai at the end of the day, it’s not like we did this bc we don’t like u or glass. It’s a direct result of other guest complaints

Kasmai’s supporters argue that this is a case of discrimination based on a misunderstanding, that Glass is no less invasive than a smartphone with a camera. While it’s true that Feast’s patrons might’ve been being surveilled in a variety of non-Glass ways, it’s a weird argument to make that they might as well be cool with Glass since their privacy is probably already violated anyways.

And yes, most people who wear Glass are not perverts recording the every move of the people around them. Kasmai probably just wanted to enjoy a nice brunch while wearing a dorky-ass headset. The problem isn’t a preponderance of Glass-toting pervs. It’s that Glass makes enough people feel uncomfortable that many restaurants have asked patrons to take them off out of respect for others, and the solution isn’t to trash the restaurant. It’s also not to show up at the restaurant and give a snarky presentation about why everyone’s privacy concerns are ignorant. The solution is to take off the Glass when people ask you to take off the Glass.