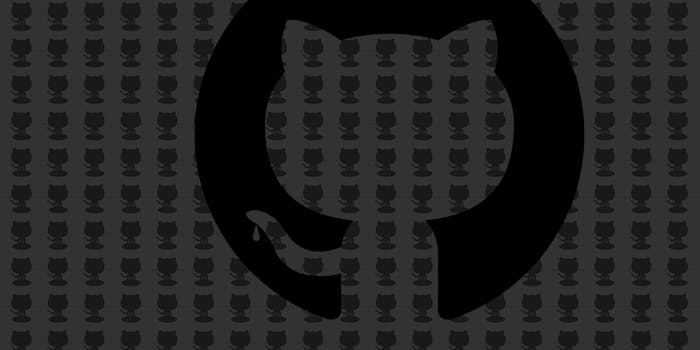 Github says programmer Julie Horvath is wrong about her allegations that the company engaged in sexism and bullying.

Programmer Julie Ann Horvath sent shock through the tech community last month when she announced that she was leaving her celebrated position as GitHub‘s first female programmer due to what she described as a dysfunctional system of sexism and bizarre bullying on the part of the wife of co-founder Tom Preston-Werner.

Now, GitHub has refuted all of her accusations, claiming that an independent third-party investigation found no evidence of a sexist or a hostile work environment at the company.

We took these claims seriously and launched a full, independent, third-party investigation.

The investigation found no evidence to support the claims against Tom and his wife of sexual or gender-based harassment or retaliation, or of a sexist or hostile work environment. […]

As to the remaining allegations, the investigation found no evidence of gender-based discrimination, harassment, retaliation, or abuse.

Despite this, GitHub’s CEO and co-founder Chris Wanstrath wrote that he had accepted Preston-Werner’s resignation, citing unspecified admissions of “mistakes and errors of judgment.” He also added that the company was taking steps to “make sure employee concerns and conflicts are taken seriously and dealt with appropriately.”

Preston-Werner took the opportunity to announce his departure on his own blog. He also strongly denounced the detailed accusations Horvath made involving allegedly bizarre and inappropriate behavior on the part of his wife and himself while she worked at the company:

[N]either my wife, Theresa, nor I have ever engaged in gender-based harassment or discrimination. The results of GitHub’s independent investigation unequivocally confirm this and we are prepared to fight any further false claims on this matter to the full extent of the law. I believe in diversity and equality for all people in all professions, especially the tech sector. It’s immensely important to me and I will continue to do my very best to further that belief.

One of the other allegations Horvath made involved an engineer who allegedly reverted her work without authorization, a definite don’t among GitHub staffers that Horvath claimed was a form of personal retaliation against her after she rejected him. That engineer received a promotion since the incident occurred.

Horvath fought back on Twitter, vehemently insisting that GitHub’s failure to find any evidence of systemic sexism was further proof of the problems within its culture:

1. Bullying someone into quitting: Illegal.

2. Asking an employee to relay private conversations between her and her partner: Illegal.

3. Justifying the harassment of an employee because of her personal relationships: Pathetic.

Horvath also alleged further that GitHub’s “independent third-party investigation” was anything but:

There was no investigation.

There was a series of conversations with a “mediator” who sought to relieve GitHub of any legal responsibility.

Whose reasoning included “would it surprise you to hear that [your harasser] was well-liked?”

The tech community, with its deeply embedded culture of sexism, was troubled by accusations from Horvath, who had been central to GitHub’s outreach to women and the creator of its Passions Project to woo other women into the community. But alongside Horvath’s accusations were a flurry of critical anonymous responses from GitHub staffers, claiming that she was creating trouble and drama where otherwise none would exist. In the wake of GitHub’s announcement that the investigation turned up nothing to substantiate Horvath’s accusations, the sexist backlash against her has already begun:

@nrrrdcore Have you considered the possibility that the only value you bring to a team is sex?

Meanwhile, other leading women in tech and their supporters are claiming that while GitHub may be absolving itself of fostering a sexist or hostile work environment, it doesn’t look that way from the bleachers:

TLDR: the abusive founder will get funding for a new startup and be fine. the abusive engineer was not fired, recently got a promotion.

Just imagine if there were *actually* consequences for harassing people and abusing your position of power. Novel idea.

@mdo One or two bad apples don’t make a bad company… unless those apples are allowed to run good people like @nrrrdcore out. @ttimsmith

But not everyone wanted to re-hash the drama:

What happened to @nrrrdcore was wrong, but @github has the right to keep internal affairs internal. Now let’s all just get back to work.

While the discussion around Horvath’s departure continues to spark debate, one thing is clear: GitHub’s final assertion that “we know we still have work to do” continues to be an indictment of the entire tech industry’s response to allegations of sexism in their community.